QUESTION: How do we know that Paul’s “letters” to the churches of the New Testament actually existed? Are they still available to see?

RESPONSE: We don’t have the original manuscripts of any of Paul’s letters. So they are not available to be seen anywhere. But we also don’t have the originals of any ancient manuscript that you could think of. That includes any original ancient manuscript from Roman history, Greek history, all the way up through the Middle Ages. It’s incredibly rare to have an original manuscript of anything over 200 years of age. And the reason for that is simple: writing instruments and medium were always biodegradable up until the computer age! Most important documents were written on papyrus which was made from crushed, flattened reeds woven together and dried. Also, leather was common.

So unless you’re were writing on clay or stone you could guarantee that what you wrote would be disintegrating within a couple of hundred years in most cases. And thus, the occupation of scribe was very lucrative because there was a constant need to replace aging documents.

That’s why the discovery of the Dead Sea Scrolls was so wonderful and important. Hundreds of papyri survived (mostly) intact for over 2000 years, due mainly to the unique circumstance of where they were located: right near the Dead Sea, one of the driest places in the world. They were carefully preserved inside of jars and not exposed to the elements and moisture and therefore managed to avoid degradation. 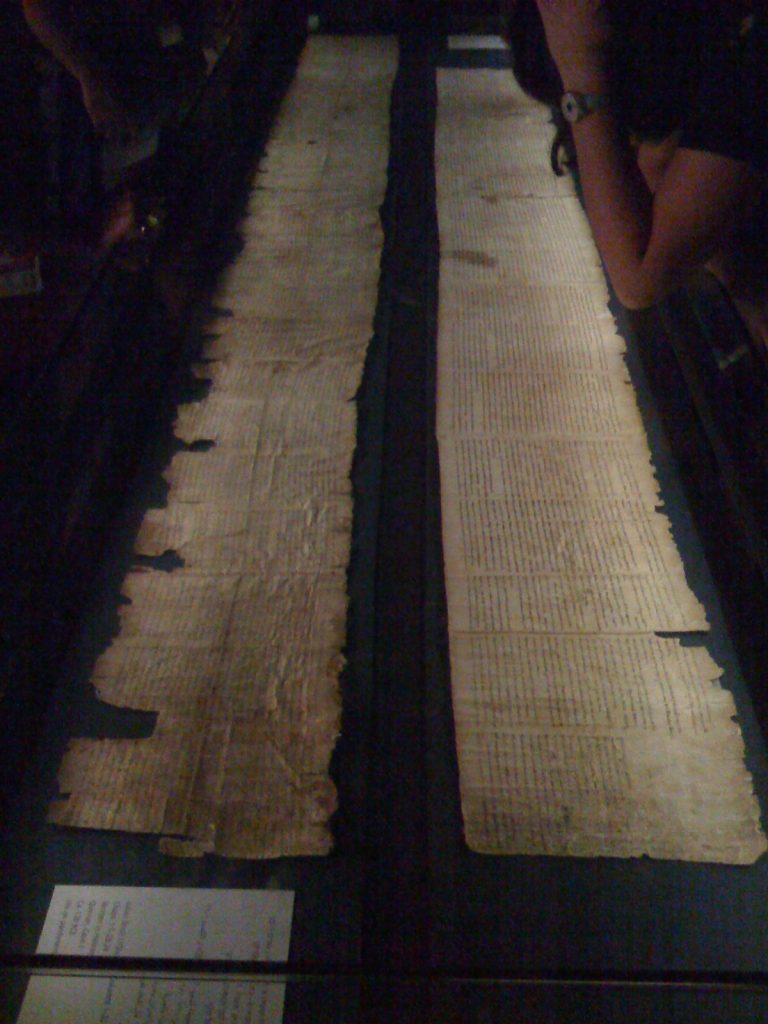 But even these Dead Sea Scrolls, are not original copies of Old Testament works! These are copies of copies that only reflect the originals which were written long before their dating around 200 BC.

So the evidence for Paul writing letters (or Plato’s writing The Republic for that matter) is entirely a matter of these kinds of surviving manuscripts. While the originals are not available to be seen anywhere, the copies are available to be seen in museums all over the world. And you can look up where these manuscripts live, for any ancient document you’re interested in, including any of Paul’s letters.

NUMBER AND AGE OF MANUSCRIPTS

The number of surviving copies tells you how often it was copied and how popular it was, and how widely distributed. And the more you have the better. The reason for that is because while some of these copies have variant readings, you can triangulate what the original reading was by noting the differences in the manuscripts and weeding out the aberrations.

The reason why the age matters is because the closer you get to the time of writing the less time for errors to creep in. A copyist would sometimes make spelling errors or insert their own additions. The less time you have, the less times the writing would have been copied the less chances for errors in transmission, the more reliable the manuscript is deemed.

When it comes to these two criteria for judging the historicity and reliability and accuracy of any ancient manuscript, Paul’s letters specifically, and the New Testament generally, are a dream piece for people who study this kind of thing. While most ancient documents have between 5 and 20 surviving manuscripts, the New Testament has almost 6000 copies in the original Greek, and far more than 20,000 if you include all the copies in other languages around the ancient near East.

When you look at the age, the average distance between time of writing and the age of the manuscripts that we have in a museum some place, it’s usually measured in hundreds of years and in some cases well over a thousand. For example, Julius Caesar’s “Gallic Wars” has about 10 surviving copies, the earliest was written in 900 AD, and the original was written in 100 BC.

NO DOUBT ABOUT PAUL

In contrast, the earliest copy of the New Testament that we have is roughly 25 to 50 years removed from the time of writing (a fragment of John), and we have many complete copies of the entire New Testament, collected and distributed within three hundred years of the time of writing. By this standard, there is no doubt Paul’s letters to the churches date from the middle of the first century, even though we don’t have any surviving copies of The Originals. The church was just so interested in these letters that they prolifically copied them, more than anything else in antiquity. The result is that we have more evidence for the early church and the authenticity of a guy named Paul then we do for many other ancient figures that we take for granted.

It’s true that some Pauline letters like 1st and 2nd Timothy, Titus and 2nd Thessalonians are disputed as to whether Paul actually wrote them. The reason for this though has nothing to do with the age of the manuscripts which are still very early and there’s still very many of them. The issue is with textual criticism, where Scholars look at style and word usage to determine whether the same author wrote one letter versus another. It’s much more subjective.

But by the evidence of the age of the manuscripts and the number of them, there’s no doubt that a man named Paul existed and that he wrote many letters to churches around the Mediterranean in the mid 1st century. No scholar, believing or secular doubts the authenticity of Romans, 1st and 2nd Corinthians, Galatians, and most also accept that Paul was at least the primary inspiration for Ephesians, Colossians and Philippians (IE they might have been penned by a scribe or associate of Paul, but still the content was overseen by him).

If you just look into Paul and leave aside the rest of the New Testament, you find that his earliest copy is from middle of the second century, so about 146 AD. That’s about a hundred years after he wrote but still very good by ancient standards of survivability. Also this particular papyri contains not just a fragment of one letter but pieces of almost all of Paul’s letters.

It’s called papyrus 46, and it contains the last eight chapters of Romans, all of Hebrews (a reason to think Paul wrote Hebrews is that the early church bound it with his other letters early on) virtually all of 1-2 Corinthians, all of Ephesians, Galatians, Colossians and Philippians and most of 1st Thessalonians. All of the leaves have lost some lines through deterioration.

So that’s how we know Paul’s letters and thus Paul himself actually existed. It’s like how we know there was an atomic bomb over Hiroshima. We don’t have anything left of the bomb itself, but the after-effects are very clear to everyone, pointing to what did it.

Are Children Who Die Without Christ, Damned?