Here’s a fun question: When was the last time you heard anyone – better yet, a Bible-believing Christian – openly brag about breaking a commandment?

I’ll wait while you think. Nothing?

Normally I’d say, “Never”. Never in my life have I walked into church or into a small group and overheard anything like, “I am the best at dishonoring my parents – I dishonor them all the time. “I’m a parental nightmare!” or “You call that a lie? That’s nothing! I’ve lied WAY more than you” or “Guess who coveted their neighbor’s ox today? THIS GUY!”

That would be silly. And yet…Christians of all generations, denominations, and lifestyles (especially those of us in the 21st Century West) basically do this all the time without even realizing we do it.

Guess which of the 10 commandments we love to brag about -even celebrate and reward – breaking? It’s the 4th one. “Remember the Sabbath and keep it holy.” – Exodus 20:8

“Sabbath”. That’s a weird word. A little vague, right? Antiquated. After all, the Sabbath in the context of this verse was only a special rule for the Hebrew people, not necessarily their Christian descendants, right? On this side of Christ’s death and resurrection, we understand that no one particular weekday is any more or lesss sacred than any other. And besides, I go to church every Sunday! Well, most Sundays… Sabbath is meant to be holy. Going to church is holy. Most Christians consider Sunday “the Sabbath”…so.

There! I remembered it. I’m keepin’ it holy. What’s the problem? 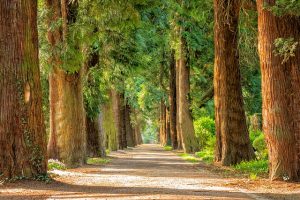 Well, like many of God’s rules, we often miss the forest for the trees, so to speak -getting lost in the minutia, the technicalities, and ultimately missing the whole point of the rule itself. And if God’s people love to do anything, it’s arguing about His rules!

“Sabbath”, the word itself and what it means, has been argued about by God’s people since the word was first written down. It was a VERY big deal in Mosaic Law (after all, it made the Big Ten), but it was also a HUGE source of controversy among Jewish people in Jesus’ day. Jesus Himself ended up getting involved in several debates regarding the nature of “Sabbath”, often ticking off the religious leaders of his day. It was such a controversial topic, in fact, that the amount of hysteria andc onflict surrounding the “Sabbath debate” was not dissimilar to the modern American church’s current debate over sexuality and gender politics. The debate over “Sabbath” incited physical fights, bred factions, and even cost people their positions in their religious communities if they didn’t adhere to the correct definition…which was different depending on who you asked.

It was a big deal.

“Sabbath”, I submit, is no less of a big deal for us today than it was then. Jesus had alot to say on the subject, and His words stand forever. However, as people of the New Covenant, our approach will be (and ought to be) different than it was for our Jewish predecessors. It is not confined to an hour of a day, or even a day of the week. Sabbath is an ongoing process, a heart posture, if you will; and it is much more essential to the Christian life than most of us would ever have guessed growing up in our fast-paced, 24/7, 40+ hour work weeks.

“Sabbath” might simply be called “intentional rest”. Exodus 20:9-11 goes on to state explicitly that one day out of every week (basically, one seventh of your entire mortal life) should be set apart (“made holy”) as a day of “intentional rest”. This was not a suggestion. It was a command. By virtue of being on the Big Ten roster, “intentional rest” is just as much of a moral priority to God for you as not lying, not stealing, not cheating on your spouse, and even NOT KILLING PEOPLE.

And yet, we love to break it. All the time. We feel proud of ourselves for it, expect it from others, and are even rewarded with money, prestige, and respect as a result of breaking it. Christians may not brag about all the cash that they stole or the times they looked at pornography, but we have no shame going on and on about how busy, important, and subsequently, how exhausted we are – ESPECIALLY those of us in vocational ministry! Often I find myself making the false equivalency between doing” the Lord’s work” on a weekend (and throughout the week) and thinking that counts as Sabbath. It’s actually pretty funny, when you think about it. And it’s an easy mistake to make.

But it’s still a mistake.

In the 24 years that Allen Creek Community Church has existed, we have set apart (made holy) the month of August as a month of “intentional rest” for our congregation, volunteers, and leadership. We call it the PAUSE. Not a year goes by where we are short of strange looks or confused questions regarding “Why?” we do this. “You take a whole month off from church?? Isn’t that, like, immoral?”

We would say no, actually – just the opposite.

It is right. It is moral. It is very, very good. And, it is necessary. Oh, so necessary.

Personally, I’ve learned that Sabbath as an ongoing, intentional spiritual practice is non-negotiable. It’s not even going far enough to simply call it a “rule” or a “command”. Sabbath is like gravity in that we can’t exactly “opt out” whenever we want. Or, more accurately, it is like oxygen – humans can’t just “go without it”; no matter how much church work needs to get done; no matter how many events we’re expected to squeeze onto our calendars; no matter how busy and important and essential we think we are; no matter how healthy we appear or feel. The consequences of not resting will eventually catch up with you physically, mentally, emotionally, and CERTAINLY spiritually.

Humans need rest. Even in Eden, before the Fall and sin and all of that junk, Adam and Eve rested on their very first day on earth. No really. In fact, God Himself rested, for our benefit and example, even though He didn’t (and doesn’t) have to. Some theologians have even made the argument that the 4th Commandment was technically the very first commandment, because it predates the Mosiac Law*.

So, if humans need rest by design, if Sabbath was expected of us even before the Fall, and if GOD HIMSELF RESTED…who are we to say we get to break this commandment? Are we holier than God??

So, I’m planning to make the most of my PAUSE this August, and I hope you will join me in this month of “intentional rest”, whatever that may mean for you, your family, and God.

And by the way, if you are looking to learn more about “Sabbath” in general, or are looking for some cool, practical ways to begin practicing Intentional Rest, consider this blog post my official commercial for the book Subversive Sabbath by A.J. Swoboda. Great read. Changed my life. All the stars.

*for more on the theological implications of Sabbath and Genesis, check out Subversive Sabbath by Dr. A.J. Swoboda

The ONE in me…