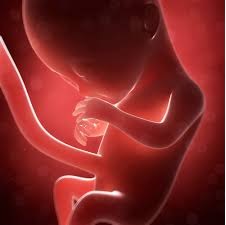 QUESTION:  What are you beliefs on birth control and the right of women to have control over their own bodies?
ANSWER:

BIRTH CONTROL
The Creation mandate God gave in Genesis is where he called humans to be fruitful and multiply (Gen 1:27).  Some Christians believe this command teaches us that sex should only serve the cause of procreation and thus any expression of sex that doesn’t lead to children is wrong, and so also would be birth control.
But Scripture has much more to say about sex than that one command.
In 1 Corinthians 7 for example, the apostle Paul talks to married couples about sexual intimacy.  And he calls them to not deny sexual intimacy from one another and to be mindful the other’s needs in that area, especially as the culture is so loose with its sexual mores and provides constant temptation to unfaithfulness.  In that whole discussion of sex, children are not brought up (except for a cryptic mention in 1 Cor 7:14).
The Song of Solomon also is a celebration of married sex which is enjoyed for the sheer joy of increased oneness, intimacy and the mutual pleasure it brings.  When Hannah is depressed because she can’t have children, in 1 Sam 1:8, her husband Elkanah tells her that their love and union should be more important than the children who may or may not come from it.
So sex in Scripture plays a vital role in marital health beyond the utilitarian function of procreation.  Sex is a gift for intimacy and bonding between husband and wife with children as the glorious byproduct of the union rather than the specific goal of it.  Therefore, it seems clear that God grants couples the freedom to determine the size of their families.
The specific subject of birth control is not really considered in Scripture, probably since in the ancient agrarian cultures where it was written, a large family was often your retirement fund and social security.   The only person in Scripture shown to use a crude form of birth control is Onan in Genesis 38:9.  He is condemned by God, not because all birth control is evil, but rather because he is selfishly withholding from his wife the very retirement/social security which a child would bring.
Many cultures in history have practiced other more cruel forms of birth control, which amounted to forms of population control by dealing with unwanted children who could not be afforded or who were born the “wrong” gender, or who threatened political rule.  Killing of babies in battle and infant sacrifice was normative in ancient Canaan, and the Romans abandoned unwanted children so regularly they had identified public places where the “waste” could be dropped off.
Clearly, it would be preferable to have no children than to have children that you let die or actually kill.  The Biblical imperative to provide for one’s offspring makes this very clear indeed (1 Tim 5:8).  If you have limited resources (which most do) some form of birth control is simply a part of being a shrewd manager of the life God gave you.  And isn’t it true that even those who believe birth control is wrong, nevertheless still at times practice a form of birth control (abstinence) for this very reason?  If all birth control was bad because the creation-mandate demands that we procreate as much as possible, even abstinence would be bad, and I don’t think anyone takes that position.
Therefore, if sex is for other purposes than procreation and if responsible stewardship of limited resources honors God and shows high character, we mustn’t condemn birth control based on the creation-mandate alone.   Couples should be free to use birth control to limit the number of children they have or not have them at all, based on their own pasts, their stage of life, their level of resources, or their calling from God for other ministry.
However, if the choice becomes normative (in the developed world childlessness is reaching crisis proportions) out of pure self interest in order to maintain a more self-indulgent lifestyle, I would be (and am) deeply concerned if the Church followed suit.  Countries whose governments are paying for couples to have babies because it’s threatening their societies, show us that there is an enduring wisdom and moral imperative inside God’s creation mandate to have kids.  In other words, it is part and parcel of the others-oriented, selfless loving call of the Christian gospel, that parenting should be honored and considered normative (while not mandated) for disciples.
ABORTION
About your second question:  The simplest form of the women’s rights argument in favor of abortion goes like this: a woman has the right to decide what she can and can’t do with her body.   A fetus is part of a woman’s body.  Therefore that woman has the right to abort a fetus they are carrying.  Of course the fundamental flaw in this argument is premise 2: the fetus is NEVER a part of a woman’s body, as her appendix is or any other ‘part’.  The fetus is, from conception, a wholly unique individual, with it’s own DNA, it’s own blood type, it’s own unique existence.

It is, in fact another body.

This scientific fact is in keeping with the value and personhood God places on in-uteri babies throughout Scripture (Deut 21:22-25; Ps 139:13-17; Jer 1:5; Lk 1:41-44).  And so the general rule of corporeal autonomy becomes an argument against abortion rights, not for it.  If women should have control over their bodies, then it stands to reason that no one should have a right to usurp control over someone else’s body.  But with a fetus, that is, in fact, what we have: someone else’s body.  To kill somebody else in the name of exercising bodily integrity, is obviously incoherent.
Of course, pregnancy is this amazing state of being where the bodily autonomy of two distinct individuals may come into direct conflict with each other.  Until we find a way to incubate life outside of wombs, this conflict is inevitable and I suspect God would always want it so.  Why?  Because the radical dependency of life at its earliest stages underlines the radical nature of selfless love which God wants to define all of us (Matt 22:39) because these qualities of love define God (1 John 4:16).
So my view of abortion comes down to this:  You have two individuals with the right to life and liberty because they’ve both been made in the image of God.  The less powerful life may be inconvenient or present risk to the more powerful life and so their rights are in conflict.  As in all life, the more powerful is in position to be the “oppressor” of the weak, but love calls us to care for the weak, to defend the cause of the fatherless and the helpless.
In short, love and moral law calls for the one in power to sacrifice for the one who has no voice and no power (Ps 82:3,4).  If God calls us to this way of thinking for the poor, the marginalized, the oppressed, I can’t see why we change this way of thinking when the potential victim of oppression is in the womb.
Freedom for others isn’t convenient to me.  Love isn’t easy.  Here’s what love is however:  1 Cor 13:4-8, “Love is patient, love is kind. …it is not self-seeking, …It always protects, …Love never fails.”  And so I think abortion is simply a horrible failure to love.
The only argument against this position is to posit that the womb arbitrarily makes any body inside it not true a human individual with rights of their own.  No one thinks that my right to bodily integrity gives me the right to usurp someone else’s similar right.  So arguments must be made that a fetus is not a person, or as Christians we might say, not endowed by God with his Image.  Clearly alive, clearly human, clearly another body (scientifically these are inarguable facts) but not a “person“.

But the “personhood” argument fails every test of science, morality and logic.  When does “personhood” fall on a human body?  Conception is the only objective choice.  Every other line we might draw is deeply arbitrary:  When brain waves are present?  Heartbeat? Fingerprints?  Oxygen in the lungs?  A spinal column?   Looks?  Sentience?  Ability to feel pain?  Age of Viability (which is getting younger as technology improves)?
These arbitrary lines are actually fault-lines – because the side of the line you stand on has seismic consequences.  We are talking about the line between life and death, the line between constitutional protections and no protections; between taking an innocent life and a benign surgical procedure.
Yet, before the legal arguments get rolling, the unalterable biological fact is so obvious it gets missed: human life begins at conception and continues until death.  The science of fetology wasn’t around in 1973, the year the Roe v. Wade decision was made, so maybe we could imagine the fetus was some undifferentiated cluster of cells then.  Not anymore.  The idea that what is killed in an abortion isn’t “human” has largely been dropped.  I mean, what else is it in there if it’s not a human? It’s not a dolphin!  This is how human persons begin:  small, helpless, a distinct organism, from one single cell.  There is no magic moment post-conception where “God’s Image” or “personhood” (and thus human rights) falls on them after the fact – at least none that any of us are qualified to judge.
If it’s human but not a “person”, does this make the birth canal magic?  What pixie dust powers it must have to confer on a previously value-neutral biomass (morally akin to a pancreas) the precious, protected status of “human being”!  Because this is patently absurd, everyone making abortion arguments really knows it is not about the personhood of the fetus at all – abortion is finally about procreative freedom.  Of course, procreative freedom matters – but does it matter more than life?

I know this is a hard answer to a controversial question.  But it shouldn’t surprise anyone that Christians today oppose abortion.  Christians have felt strongly about abortion since there have been Christians.  Abortion was pandemic in ancient Rome and the Didache, a very early manual for new Christians, instructed disciples thus: “do not murder a child by abortion or kill a newborn infant.” They were guided by their Christ who said, “if you have done it to the least of these brothers of mine, you have done it to me.” (Matt 25:40)
With that ethic of love as our guiding value, Christians ought to still be first in line to defend the cause of the fatherless and the innocent and to sacrifice for them – and to support women who are pregnant in harsh circumstances who are called upon by Love to sacrifice the most to care for “the least”.
Tags: Abortion, Birth Control, Children, Creation Mandate, Fetus, Roe V Wade

Make Your Presence Known in the New Year