Skip to content
Opened Door
Constructive Connections is a fiction series.  They are beginning tales of how each person is crafted by God to fulfill a purpose, to enhance the narrative of life.  By contributing unique talents to serve one another, a tower God calls us to construct begins to form for His joy. 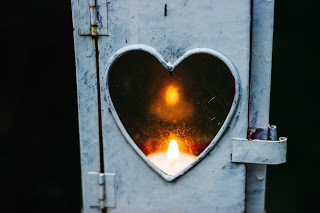 Boy, what a mess!  Wouldn’t guess that there was just me n’ Bruce livin’ in the apartment.  Got to admit, it’s mostly my junk keepin’ the tidy from tidying. Mama wouldn’t have let the place fall into this kind of disorder.  But Mama isn’t round to direct me while cleanin’ today.
“Bruce, get up off the couch,” I yelled at my older brother in my cleaning frenzy.  “Why don’t you go watch TV in your room today so I can keep the living room clean for once?”  As soon as I said it, guilt set on my heart.
His eyes filled with tears and he yelled, “Don’t be mean!  I’m gonna tell Mama!” and he got up and ran to his room. I didn’t have time to go and console him; my new friend was going to be there in a half hour.  The chore list lengthened when Bruce slammed his door as the bills balanced on the ledge, spilled from their precarious perch.
My friend Sabine, from our small group, recommended I volunteer at the preschool to get connected.  By sharing my passion for creating, I got to spend time gathering craft supplies; glitter-glue, Borax, food coloring, and made it a fun day for the kids.  It was the best messy crafting day I ever had! The kids were elbow deep in the sticky substance, but each of the kids had huge smiles and lots of giggles (all accept for little Jim-he had a texture aversion, I totally respect.  Bruce also has that one. Can’t get him to even sample chocolate pudding!)
The teachers asked if I would come back sometime and make another project with the kids.  The next time I came to volunteer, I was partnered with one of the moms named Ramona. We were like two peas in a pod!  Both from the South, accents as thick as honey. It felt like home talkin’ with her.
“Know what I miss?” Ramona asked me when we met for coffee one day, “Pimento cheese sandwiches.  Haven’t had one of those in two years!”
I gave her a high five, “I’ve been up here for six years and still haven’t found pimento cheese!  Mama, Bruce, and I lived on those sandwiches during tight times.”
“So where does your mama live these days?” she asked after sipping her new-found breve latte favorite.
“Mama?  She had pneumonia a year ago.  Seems the weather up here isn’t as dry as Kentucky.  She died after having it for three months.”
“I’m so sorry,” she consoled.  “How’s your brother takin’ it?”
“Bruce has struggled pretty bad.  He forgets the funeral, he forgets the packing up of Mama’s things, he forgets she is at the cemetery; not in the kitchen cooking up his grits for breakfast,” I got quiet and sighed. “I almost envy him.  I’d love to forget how she suffered and how much I miss her.”
It was so good to have a friend to talk to.  Being able to let someone into our story, into our life.  Each time I became braver to let someone in, let someone see just a bit of my pain, it began to change the sadness.  It was like becoming vulnerable by sharing the struggle of what my life is like, brought a bit of light to the dark places.
“Would you like to come over to our apartment and help me make candles?” I asked Ramona.  “I’ve been wanting to try out a new oil I picked up at a craft fair a couple of weeks ago.  It’s called ‘Blushing Blossom’, smells like four o’clocks. My Gran had four o’clocks scattered all over her property.  Every time I uncap the lid, it smells like visiting Kentucky again.”
Ramona is going to be over soon.  It is weird to say that I am nervous, but I am planning on asking her a very important question. I am hoping she will go with me to the women’s Bible study group that was advertised at church the other day.  There is also a women’s retreat…retreat sounds like heaven. Although, I’m a little panicked to go; it means a lot more getting to know other women. Maybe there will be more women like Sabine and Ramona? Maybe not?  Guess I will never know unless I take the chance to open the door and let light in.
The more that I am reading about Jesus and his disciples, the more I think about how they must have known everything about each other-the good and the bad.  While He wants us to serve one another, He also says that we should shoulder each other’s burdens. I have a few burden’s that I would like to have shouldered right ‘bout now.  From my glitter and craft encrusted apartment, to my crying 31-year-old brother in the next room; yes, I am in need of shared burden.
I will come down and speak with you there, and I will take some of the power of the Spirit that is on you and put it on them.  They will share the burden of the people with you so that you will not have to carry it alone.
Numbers 11:17
Tags: AC3, AC3 Blog, Allen Creek Community Church, Constructive Connections, FollowAC3, GetInvolved, Small Groups