Skip to content
Constructive Connections is a fiction series.  They are beginning tales of how each person is crafted by God to fulfill a purpose, to enhance the narrative of life.  By contributing unique talents to serve one another, a tower God calls us to construct begins to form for His joy.
Running 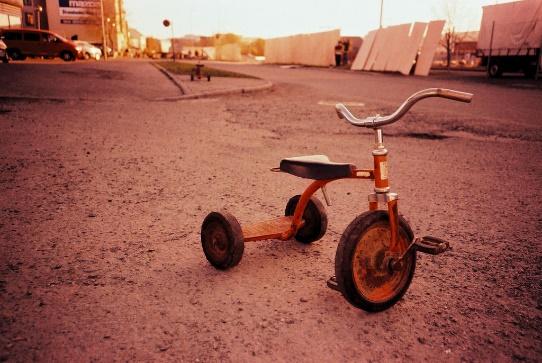 The crunch of metal echoes in my ears.  It has been over 40 years, yet I hear the sound every time I start up the car.

Being part of the 80/20 split, I find myself among the 20 in my church.  20% of the attenders of a church do the volunteer work, 80% don’t volunteer at all.  It’s strange, but this has been an across the board phenomena in so many churches, it is almost formula.  I began serving at a church when I was a teenager, just after a significant incident in my life, and have been serving full time since retirement.  I don’t remember ever not serving…accept before the trike.

A woman came into the food bank the other day.  Her hair was stringy, bags hung below her eyes, she looked like many of those who have come through our distribution lines before.  I handed her a bag of apples with no more than a glance.

“Oh.  No thank you,” she said to me, looking around.  “Can I talk to…uh…the manager or leader or priest or someone?”

Another whiner was all I could think.  “Why?  What is it that we don’t have this week?” I’ll admit; I grunted.

“Um,” she stuttered and held up a box in front of her face.  “I have these.  These soaps to give out.  My son,” she stopped, her eyes dropped, then she took a deep breath and blew out her mouth, “My son wanted to donate these soaps to the homeless,” she spat out so fast I hardly understood.

I went back to packing apples into paper bags.  “We don’t like that word here.  Food insecure is the term.  Not homeless.  Homeless is an assumption.”

“I’m sorry,” she said.  “I have some soap to give out to people…to..to..to…food insecure homeless people.” I appreciated her half-effort to be politically correct.

“Soap?”  I said inspecting the box.  The woman explained that they were in the shape of bear paws.  Then I saw the sign on the box, “Paws For Your Paws”.  Hate puns; I didn’t get it.

She held onto the box as I tried to take it from her, but she did not let go.  “I’d…I’d like to hand them out…if you don’t mind?”

A willing volunteer?  Don’t come across those every day.  “I’ll get you an apron,” I said and hunted around for some extra gloves.  I set her up next to my station and the apples.  By then a line had formed and people were getting cranky.  She was awkward.  She’d give out a soap, then tear up.  Then she’d give out another and turn around to take a deep breath.  Then Sabine came through.

“Morning, Sabine,” I said avoiding eye contact.  She’s always talking to me.  Weird thing is, she only comes to get whatever I’m giving out.

“Good glorious morning, Jacob,” she said with her sickly sweet chipper voice.  “I see we have a new volunteer!” she said as she held out her ring-covered hand.  Could never figure out why she comes to get food when she could sell off one of those gaudy rings to help pay for groceries.

The lady took Sabine’s hand to shake; I guess I never got her name.  “Hi, would you like some soap my son made?”

“Oh my! How clever!  But first, please tell me your name, Dear?”

“Cody…um, sorry.  That was my son’s name.  I’m Kari.  His mom.  He made these, and I’m giving them like he wanted me to give them out…to you…to them,” she stuttered so badly.  Drugs.  I always assume drugs, then I find out about people later.  Probably not the best way to judge, but it is a boundary judgment I put up intentionally.

“You said was, dear Kari,” Sabina said grabbing her hand once again and looking like she was going to start crying or something.

“Yes.  Cody died.  He was 15.  Two years ago.”  I was surprised that she didn’t bawl after she said it.  Sabine did, however.  She covered her face with her jeweled hands and let out a howl!

“Oh Jacob,” she said and grabbed my hand and Kari’s hand.  “We need to pray for this dear woman!  She has just lost her son!”

I didn’t pull my hand away.  I just looked at it and said, “But it was two years ago.  She didn’t just lose him.”

She looked at me and squeezed my hand tightly.  “But Jacob, doesn’t it feel like just yesterday when Charlie had his accident?”

I yanked my hand away in shock.  How did she know about Charlie?  She couldn’t have known, I’ve never told anyone at church, none of my neighbors, nobody.  It was over 40 years ago, for heaven’s sake!  My chest tightened, my stomach still healing from surgery made me double over.  Picturing all the sutures pulling apart under my shirt, I howled as pain shot through my body and I went down.  It was like crashing waves crushing my entire body.  I’ve never experienced such pain in my life!

“Oh, Sweet Jesus…” was all I heard as I blacked out.

The next thing I knew, I felt like I was trying to resurface from underwater.  As I flailed, the nurses grabbed my arms.  “You are safe, you are in the hospital.  You have had an accident.”  Apparently, I had blacked out when I hit my head on the concrete.  I did pop a few stitches, much to my doctor’s distress.  He reminded me again to stop doing so much and take it easy.  Put me on bedrest, of all things!  I told him about how many jobs I did at the church and how they wouldn’t get done if I wasn’t there.  He wrote on a prescription form:  STAY IN BED-LITTLE TO NO ACTIVITY.

A few hours later, Sabine came into my room.  “Oh, Jacob!  I am so thankful you are OK! I thought you had a heart attack!”

“How did you know about Charlie?” I croaked.

“Well…I was there that day,” she said in a low voice.  “I was babysitting little Charlie Kline when he got away from me on his tricycle.  I screamed for him to stop, but he was peddling that three-wheeler so fast, I couldn’t outrun him,” she looked down and held my hand.  “He’s still alive, you know.  I visit him at the group home on Sundays.  I remember every day, but I also call on Jesus every day.  When I saw you at church a few years ago, I watched.  You buzzed around from this serving to that serving, all the while not smiling.  Recognizing your pain, it reflected my own.  We both lost our teen innocence that day, but we gained a heap of regret that holds us hostage.”

Tears welled and spilled.  The sobbing from both of us hurt; a good hurt.

“You cannot outrun the pain by serving others, my friend,” she whispered.  “I’ve formed a small group with the church’s guidance for people in our stage of grief.  Accidental injury or death haunts.  The only way out of the haunted house is to open the door and let others in.”

I was forced to stop running from the pain.  We are told to carry each other’s burdens; this was the first time I understood just a little deeper.

Carry each other’s burdens, and in this way you will fulfill the law of Christ.
Galatians 6:2
Tags: AC3, AC3 Blog, Allen Creek Community Church, Constructive Connections, FollowAC3, seeds of grace