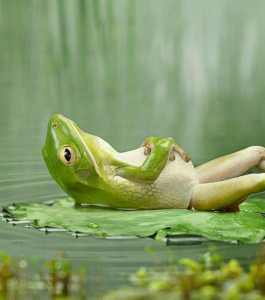 QUESTION: I’m a Christian, but one of my big unanswered questions is this: why don’t we honor the Sabbath?  It’s a commandment and it’s NOT SUNDAY – Sunday is a Pagan holiday!
ANSWER: I actually agree that we should honor the Sabbath as an ongoing part of the moral law.  However, I think that the controversy about how we honor it and when, stems from the fact that Jesus said things that altered the believer’s relationship with the Sabbath.
For example, by the time of Jesus ministry, the Sabbath had turned into rules upon rules that forbade anything one might deem “work”.  So one Rabbi said (this is not a joke) that he wouldn’t eat an egg on the Sabbath because that meant a chicken had been working!
Into this legalistic world Jesus disciples were walking along one day and ate some wheat they found at the edge of a field.  The Pharisees were stunned.  This violated the Sabbath because to them it constituted ‘threshing’.  Jesus responded in defense of his followers by pointing to two times in Scripture when ceremonial laws were violated with God’s specific permission, both times violations of Temple procedure. Then He says this shocking thing:

Matt 12:6-8: “But I tell you that something greater than the temple is here! 7 If you had known what this means: I desire mercy and not sacrifice, you would not have condemned the innocent. 8 For the Son of Man is Lord of the Sabbath.”

This is amazing on a couple levels.  One, it seems Jesus is preparing the ground for the Church to abandon the ceremonial laws of the Torah.  He does this on several other occasions, like when Mark says that Jesus “declared all foods clean” (Mark 7:19) or when Jesus mentioned there were “weightier matters in the law” which related to its MORAL duties as opposed to its ceremonial duties (Matt 23:23).
Two, Jesus in this teaching is putting himself higher than the Temple!  And in so doing, declares that He is over the Law!  And he was clearly reserving the right to reinterpret the law and tell us what parts of Moses are being prepared to be laid aside.
As a result of Jesus, every Christian now believes that much of the Mosaic code is no longer in force for believers.  We do however, carry forward the moral demands of the Law as a guide for discipleship (even as we realize no one is saved by obeying the law, for no one is able to, Rom 3:20-21).
This leaves us with the critical question: is the Sabbath part of the ongoing moral demands of the Law, like do not murder, etc, or is it part of the ceremonial laws which Jesus clearly lifted?  This question is the heart of the controversy about the Sabbath.
Some believe that all obligation to Sabbath keeping is nullified in Jesus words.  John MacArthur just made a pretty strong case about that, if you want to check out his sermon online.  But I don’t agree totally with him.  I think that all 10 of the 10 commandments are the objective definition of loving behavior toward God and toward our fellow man.  If so, there must be an ethical/moral imperative that remains for Christians who are not saved by that Law, but who nevertheless are called to walk in love, which the Law defines.  I believe therefore, that the Sabbath command is part of the obligation we have to love God and love ourselves.
Jesus in fact would say love is the moral force behind the Sabbath when he said in Mark 2:27-28:

“The Sabbath was made for man and not man for the Sabbath. 28 Therefore the Son of Man is Lord even of the Sabbath.”

The Sabbath is for us!  We are not made to be slaves to Sabbath rules, rather the idea of rest is built into creation and moral law so that Sabbath serves us!
So if this is an ethical demand that carries forward and it is for us rather than us made to come under a bunch of Sabbath rules, this poses a new question:  does this mean we are free to change the means by which we obey the Sabbath?  Can we find and obey the ethical demand inside the commandment, even if the rigid rules around the Sabbath, which Jesus clearly rejected, are discarded?  I think the answer to that is yes!
I say this because already in the early church, you see them meeting on “the First day of the Week”.  That’s Sunday.  They were mostly all Jews, so that didn’t mean that they were not also observing the Sabbath on Saturday.  But it does mean that already within the first generation of Christians, the worship of God and the observance of rest and reflection was transferring Sabbath qualities onto a different day.
To add to this elasticity about the Sabbath, Paul asked Gentiles to be patient with Jews who considered some specific Days sacred, but Paul clearly was not critical of those who didn’t observe those special Sabbaths which Moses commanded (Rom 14:5).  So, already in the early church, Jesus’ teaching on the Sabbath had lifted some of the specific requirements of Sabbath observance found in Moses.  I think therefore, that Christians have freedom to do Sabbath things (Rest, Reflect, Recreate) on different days and certainly not in subservience to the traditions of the Jews – Jesus made that abundantly clear.
What that means is that the ongoing moral content of the 4th commandment is that we must regularly, about once a week, and for a whole day, just rest.  Jesus modeled this rhythm of rest even as he pushed back hard against Sabbath regulations (Mark 6:31)  By the way, Sabbath doesn’t mean “Saturday” – it means, “pause”.  What’s important is not Saturday, what’s important is rest.
Looking at the creation narrative, rest is actually our default posture before God. When we were created, on the first day of Adam and Eve’s life, they entered into rest!  How awesome is that!  God made us in rest.  We work, yes, and we love productive labor, but rest is what we start in, spiritually and physically.  We launch out of rest into work, rather than see rest as the reward for work.  What a beautiful statement about grace!  Work does not save us.  Grace comes always comes before work.  Adam and Eve started in the grace of rest.
I think Christians who take Jesus teaching, “I am Lord of the Sabbath” to mean that we don’t need to feel a moral obligation to rest anymore are sadly mistaken.  Thankfully we are not saved by our perfect adherence to the moral law, but rather by grace.  Yet, on any of the moral commands that we fail to obey, we are failing to love, for Love summarizes all the law, including the 4th commandment.
However, to think that worshiping and resting on Sunday is to somehow honor a pagan holiday is mistaken as well.  Yes, the first day of the week is named after the Sun by pagans, but Thursday is named after Thor.  I don’t think I’m honoring Thor every time I write that day of the week on letters or emails!  If Paul said we are to have freedom regarding special days, then the day is what you make it.
And the early Christians didn’t seem to care what the day was named, it happened to be the day that the Lord Jesus rose bodily from the dead!  If it was a “pagan day” before that, God had clearly robbed the gods of their right to that day and declared it His own, by honoring it with the Resurrection of His Son!
Or do you think that it was for no reason that the “first day of the week” is mentioned so often in Scripture in this regard?  (Matt 28:1, Mark 16:9, Luke 24:1, John 20:1, Act 20:7, 1 Cor 16:2)  Scripture shows the early Christians were doing communion, taking offerings, and worshiping on that day, which means they were having sacred Christian gatherings – church services – on that day, already in 58 AD!
So I think you can be at peace about the specific day Christians honor the Sabbath, but do continue to honor the regular, weekly rhythm of rest as part of your duty to love God and love your neighbor as yourself – for Jesus said, God made the rule of rest, for us!
Tags: 10 Commandments, 4th Commandment, Ceremonial Law, Law of Love, Moral Law, morals, Rest, Sabbath, Sabbath Keeping

Do We Shorten Our Lives by Being Disobedient?

Why the Longer Purification Period for Girls Than Boys In Lev 12?