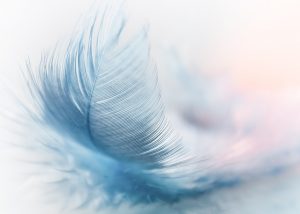 I became a Christian at 15.  And almost instantly it seemed, I started looking differently at that institution which was simultaneously, the bane of my existence, the dominant feature of my WHOLE way of life, the source of my pride and joy all rolled into one – my HIGH SCHOOL.

My High School suddenly became an arena for MISSION.  I stopped seeing it only as classes and friends, teachers and grades and getting ready for college – and a place to be rejected by females.  It was still all that, but now it was something more.  I had read these words of Jesus a million times, but suddenly reborn, I realized they applied to ME.
Matt 5:13-15 – “You are the salt of the earth. …”You are the light of the world. A city on a hill cannot be hidden.”

Accordingly, I began to see my high school through Jesus’ eyes, as a dark place that needed some light.  I saw it as a rotting place and I was the salt called to rub in there and keep it from decay.  I saw it as a foreign country and I was an ambassador to it.

So I started to look for opportunities for conversations, relationships, and good deeds I could engage in to direct people to the God who had bought me and loved me.

The way I saw my High School is how I think Christians ought to see the world.  The world is the Titanic Sinking, in two ways:

On one hand, it is a disaster from which I must flee: Its values, its habits, its thinking were a threat to my very soul and I needed to separate myself.  On the other hand, it was an opportunity; a tragedy which called out for action and intervention.

If I had fled by getting in the Lifeboat, others were still floating in the water, lost and in need.  So now it was my duty to go back in.  Being pulled into the Lifeboat, immediately puts me on a Mission back to the disaster from whence I came.

Now, some of you maybe have been cowed into thinking that it’s presumptuous of you to think you could be on a mission from God;  to think God could USE you.  And maybe on your own, the mysterious life change that God has in mind for lost humanity would be impossible to realize.  But what if I told you, God has rigged the game?  What if I told you, God had accounted for you limitations when he called you the salt and light of the World?

In fact, the recurring teaching of the New Testament is that every follower of Jesus whom he commissions as his Ambassadors also has been divinely enabled by his Spirit to follow that commission.  In October, we’ll look at all those divine enablements, and we’ll categorize them into four groupings in four weeks.  And you will find yourself in at least one group and realize that you – yes you! – have been equipped for your part in the rescue operation.

The first week we’ll deal with “Wind” gifts – the miracle gifts that Christians often debate about their validity and operation.  But it’s a good place to start a series on gifting because, in some sense, EVERY gift is a miracle gift!  Because every gift comes from the Holy Spirit inside, who energizes you and brings disproportionate (read: a miraculous amount of) fruit out of a particular service you render.

This miraculous quality of the gifts applies not just to the superstar gifts that everyone sees – leadership, teaching, evangelism.  It applies to everyone because we ALL are gifted to serve the great Mission.

Look at the early church.  Aside from the likes of Peter and Paul we have Dorcas, a humble old lady known for her part in the Mission: “She was always doing kind things for others and helping the poor.”

Transformed people in the early church lived out their gifting so effectively, they turned the Roman Empire upside down in 300 years.  One church father quoted outsiders looking in saying: “See, how they love one another!”

They fed orphans and took in abandoned babies. Women streamed into the early church because it was a haven from Roman misogyny, that used them as sex objects, got them married by age 13 and left them to starve after they were widowed.  While plagues were causing Romans to toss even their own family members into the street, or leave town, Christians serving with their gifts, were found moving in to care for the sick and take them in.

Jesus one time said we followers would do “greater things”.  How could that be, when Jesus did some pretty great things?  But what if he didn’t mean greater physical miracles, but greater spiritual fruit?  While Jesus had done amazing things, in 300 years, his followers had turned an entire Pagan Empire, Christian.

It is your destiny to serve the Great Mission, and your gifts are the miraculous provision God has given you to participate in it!

The FOUR in me…

An Array of Resources Available at Seeds of Grace