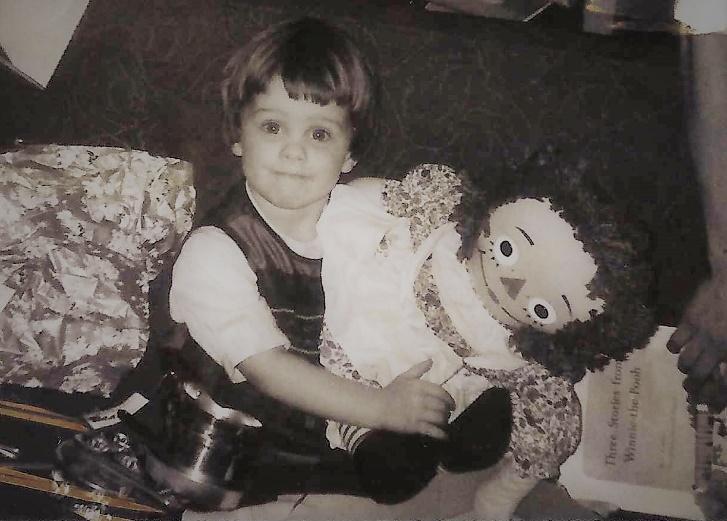 When I was little, I couldn’t wait to have the power to make my own decisions. I mean, Come On! I couldn’t eat what I wanted, make my own bedtime or cut my own hair, though that last one did happen anyway, with mixed reviews. My pre-school picture looks a little like Jim Carey in Dumb and Dumber. Worse yet, my parents had control over me. I remember fantasizing about telling my folks what to do; ordering them to make popcorn and watch cartoons at every opportunity. Alas, that dream was never realized.

When I got older and moved out, the pretty shine on that dream started to tarnish. There was no power without a commensurate set of consequences. What’s more, I realized that power was just an illusion. I traded my parents’ rules for the judicial laws, the tax code and the rules on bouncing checks at the bank. But for that one hour, before real life hit me, the power felt great. Our own power can be such an illusion.

In Judges 7, God is trying to make it clear to Gideon that he doesn’t need to rely on the power of his army or his strategy or his positive thinking to win the battle. He needs to rely on the power of God alone, and to prove his point, he has him pare down his army from 32,000 soldiers to just 300. While it is true that God did not even need those 300 men, he chose to use them to prove his point, and to let Gideon participate in the miracle he was about to perform. When you read the chapter *SPOILER ALERT* God causes the enemy army to become confused and turn on itself, allowing Gideon to have the victory. He does the fighting for them.

In 2 Chronicles 20:15, the Bible says, “He said, “Listen, all you people of Judah and Jerusalem! Listen, King Jehoshaphat! This is what the Lord says: Do not be afraid! Don’t be discouraged by this mighty army, for the battle is not yours, but God’s.” The battle is God’s. It’s not mine, though it certainly FEELS like mine. So, if the battle belongs to the Lord, why don’t I rely more on his power than my own?

Here are some reasons in the form of lies the enemy would have you believe about power: The circumstances are too great for God to move. God isn’t interested in this petty thing. If I let go of my power, all the plates I am spinning will fly out into space and also possibly put my eye out. I must hold tightly to any power I have because if I give it away, someone else will win and have power over me. God doesn’t love me enough to step in. God is mad at me.

If we think there is no enemy behind these thoughts, we have clearly missed a big part of the plot in the Bible. The enemy would love to have us trade in our rights as heirs with Christ through the power of the

Holy Spirit for a sense in which we can control with our own power. This is kind of like trading in a Ferrari for a unicycle. You might think you are peddling toward the battle, but you will grow tired long before you even get to it. Sometimes I have worried myself to exhaustion about a thing before the thing actually happens. And sometimes it doesn’t happen at all. Nevertheless, I can become battle weary on my unicycle miles from any actual battle.

If I am honest, when I fail to rely on the power of God, it’s because I really don’t trust him. I don’t believe he will come through; at least not in the way I want him to. I’m not sure he will consult me about how this should be handled, and I don’t want to give up the power I have over the result. Correction: I don’t want to give up the PERCEIVED power I have over the result. How do I know I’m still holding on to my own power in the battle at hand? It keeps me up at night with worry. It has me intervening with a sense of anxiousness, trying to fix the problem so that I can finally rest. It finds me making plans and strategies and gathering a bigger army, just like Gideon.

But then the Lord reminds me it isn’t by big armies that this battle is won. Not better weapons, not worry, not more and more and more thought. It is by trusting that this is his battle. That he will win it in the best possible way, even if it doesn’t match my plan. He will fight for me.

And sometimes, just like the 300 men led by Gideon, God will let me participate in the battle. What does this look like? Sometimes God will heal a relationship by giving me the grace to forgive someone. Forgiveness tackles the big lie that says you will lose power to the other person if you forgive them, but the truth of the matter is that forgiveness is incredibly empowering and freeing. This dance that God and I do sometimes is the most sacred of dances. It becomes clear that I will never change circumstances or people with more words, more threats, more pleading or more frustration. But God will change the world with forgiveness and love. This is the power of the Gospel, friends. And it is the most powerful thing that can happen to a person.