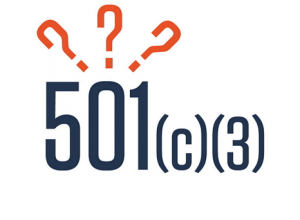 QUESTION: Just wondering if Allen Creek is a 501c3 church w/the IRS. I’ve been doing interesting research and I am curious your thought on that. Specifically it seems to be that being under contract to the gov/irs means not being obedient to God.

RESPONSE: Thanks for your question.  I’ve been asked this quite often, from folks concerned that any church that registers with the gov’t gives the gov’t control over the church’s operations and message.
The elders of AC3 have decided that for now, we will continue to be a 501c3 organization because concerns about the gov’t’s control are relatively minor, and that those controls which we submit to by coming into such a contract, we agree with in principle.

So, for example, our status with the gov’t disallows the church from officially endorsing any candidate or party for political office.  We actually have no problem with this restriction, since we have no interest in tying the message of Jesus to a political party or candidate.  The Kingdom of God should be ideologically unchained and independent from the Kingdom of the World and nothing ruins that independence faster than the church becoming an implicit promotional wing of a given political party.

We are not however currently required to refrain from speaking out on moral or social issues that relate to public policy or laws or political positions (like abortion for example).  Also, officers of the church can personally endorse parties or platforms as long as they maintain this as their personal position and not the official position of the church.  We rarely get that deep into partisanship at AC3, so these restrictions are not a burden to us.
In the meantime, the contract instills a benefit to donors to our ministry, by allowing them to deduct their donations from taxable income, reducing their tax burden if they choose.  For most donors this benefit is negligible, so the concern that registering engenders greed is overblown.
The reason for this arrangement has deep roots in American history, but mostly is an attempt in the tax code to incentivise charity, which can and does reduce the burden on gov’t services.  Also, this status means the church pays no taxes on property which provides another benefit.  So the gov’t, realizing that a thriving faith community reduces strains on criminal justice, public services etc., makes giving to established charities tax-deductible and makes the churches exempt from taxation.  The registration with the gov’t is required to ensure that qualifying non-profits conduct activities that are truly charitable in nature.  Again, we do not consider this an unreasonable or restrictive burden.
The question may arise, do we see a time when the gov’t may impose much greater restrictions on our activities and message through our affiliation with it?  The answer to that is yes.  Gov’ts around the world that ask churches to register with them, do often restrict the freedoms of those churches.  This is true in China and across the Muslim world and to a lesser degree in Europe where churches are sometimes funded by the gov’t (Norway).  So it may certainly be the case that in the future, the American gov’t may “crack down” by revoking the non-profit status of churches that refuse to promote publicly taught views on gender and sexuality, for example.  To this date, “exemption clauses” make Churches immune to discrimination laws on these particular issues because of our history of religious freedom.  So historic Christian teaching on sexual morality is not yet directed by state morality.
These exemption clauses do not feel stable to me at all.   They are, if one were to be honest, “bigotry clauses”.  This is because, in the public view, Christian teaching on sex is not “just another way” in our pluralistic society which we tolerate, but rather is explicitly an immoralway.  Therefore, ask yourself how long any society gives safe haven to groups and views that the majority considers to be offenders of common decency.  Not long.
So it may be that we can see a future where the gov’t provides increasing pressure on churches to conform to public views on controversial issues (this year, the gov’t of Canada refused any public funds to hiring organizations – including churches – who did not subscribe to its view on unlimited abortion access).
But our fears about such a day when our 501c3 is used to club us into submission are yet future.  And I lose no sleep over it.  It doesn’t concern me because on the day that our teaching of historic Christian doctrine means the removal of non-profit status, that is the day we will gladly surrender the benefits of being a non-profit!

Our message is the same one Christians have always had:  Jesus is Lord.  If that message means donations to churches no longer have personal/corporate benefits, because the gov’t no longer considers Christian charity to be beneficial to society, well, so be it.  We will simply deregister with the gov’t.  And if that earns us other penalties, we’ll accept those as well.  Compared to the cost our brothers and sisters around the world and through history have paid to say, “Jesus – not Caesar – is Lord,” ours would be a mere trifle.

But, I can think of no good reason to not enjoy benefits which enhance our mission until such a time that our freedom to conduct that mission is infringed upon.  And I can report, despite any suspicion that there’s a secret, undetectable hand behind the 501c3 status that we should be afraid of, that no sermon, no word of doctrine, no part of our operation as Jesus people has ever been impinged by our gov’t.  So far.
We move forward then, innocent as doves, shrewd as snakes.
Tags: 501c3, Church, Church and State, IRS, Non-Profit Status, Obey the Gov't