Constructive Connections is a fiction series.  They are beginning tales of how each person is crafted by God to fulfill a purpose, to enhance the narrative of life.  By contributing unique talents to serve one another, a tower God calls us to construct begins to form for His joy. 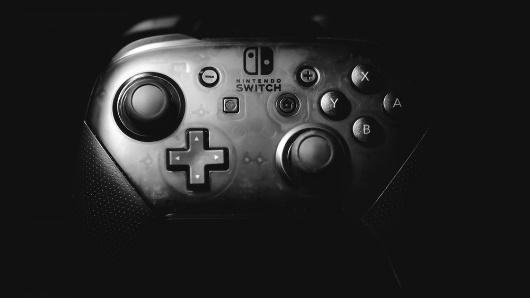 Up up, down down, left right left right, B, A, Start.  Yep, I’m a gamer.  RPG (role play games) are my favorite, but most games are decent; anything with strategy.  I’ve grown up in a house of technology.  Dad works in tech, Mom sells tech, even my big brother is studying for a career in tech.  I volunteer in the sound booth at church, so even I have tech brain.  It’s embedded in my life.

Pause.  Graduation happened last year.  Not going to college so I got a job.  It involves, “Do you want sauce with that?”  Not glam in the least.  My friends from high school are either traveling, working full-time, or going to college; my circle kinda shrunk.  Even youth group ended; aged out.  I felt like I was at a checkpoint in the middle of campaign mode, drama music on loop; just standing there, looking at what quest to go on next.

“Dad and I are going to Africa with a team from church, are you interested?”  Mom asked one day.  I had planned to look for a new job.  Africa sounded easier.

The parents forgot to let me in on the real reason they wanted me to go.  “You won’t need your phone for the trip, Peggy,” Mom announced as she checked over my packing.

“There isn’t going to be any reception where we are going, so no, you don’t need your phone,” she said matter of fact.  “It is only for ten days.  It won’t kill you to unplug.”

She was wrong.  Phoneless was like slow death.  Silence.  I didn’t even know what time it was; I don’t own a watch.  Never needed one, the phone tells perfect time.  Always thought I didn’t have much to do with friends until I didn’t have any texts, no tweets, no likes, no Facebook, no shares.  It was like I was lost in nebulous.

By day 3 Craig, a stage guy from church who came on the mission must have picked up on my misery.  We talked about the weather, the problems of the world, and the work needing to be done.  He talked about leaning in instead of lamenting.  It would make the days more interesting and I might forget about missing home.  Then he pointed out, “Hey, looks like they are setting up for sermon tonight.  Bet Jackelyn could use a hand.”  I headed towards the schoolhouse to make myself useful.

She was on the floor tangled in Christmas lights.  I thought I had issues.  Guess we all had some struggle being away from our 1st world perceived reality.  Turns out she didn’t want help.

I wandered around the village kicking at rocks, when I saw some kids playing chess.  While I couldn’t understand the language, I knew the game.  A boy about 15, was teaching a girl of 12.  She had a strategy and she ended up schooling him.  They set up the game again and she motioned for me to join her.  We played for about an hour.  It was like time didn’t exist.  We weren’t busy, just having fun.  The kids surrounding the game watched and laughed when we made bad moves and cheered when we made good ones.  She won and set up for the next kid to play.  I became part of the audience, laughing and cheering along with the rest.

Catching up with Craig later, I told him how much fun I had playing chess with the youth.  “It’s like we can’t have fun like that back in the states.  Video games and playing on phones doesn’t gather a crowd, no encouragement, no cheering,” I thought about the last board game I played.  It was chess, but on a device; me vs app.

“I hear ya.  It’s like isolation is the norm,” he sympathized while we helped plant vegetables.  Then he laughed, “I just don’t want to be found dead; grey-haired with video game thumb calluses in my parent’s basement!”

I laughed, but it kinda hit me.  What do I do in my free time?  Sit in my parent’s basement playing video games.  And thumb calluses?  The struggle is real, folks.

Thinking about kids caught in drama music loop, and realizing I am one of them, I thought, “There are more out there.”  The kids in our church; are they going to end up without quest when they ‘age out’?  Tears.

Youth group is where I remember joy.  Youth group was friends.  Youth group was hearing a message that spoke to my level about Jesus and how He loves unconditionally.  I don’t get any feedback from gaming.  I get to regenerate each time I make a mistake.  Reset is as easy as pushing the glowing green button.  But there is no reset button for life.  Just quest.

“Why don’t you help with the youth when we get back home?” Craig suggested.

“Yeah, like leading kids out of their parent’s basement.  Playing games, making friends, learning about God, and stuff,” he said.  “I know the leaders are looking for help with the middle and high school groups.”

We start back up in the fall.  Me, a youth leader trainee.  Don’t get me wrong, the reunion with

my phone was a glorious blessing.  But not so much with my game console.  I broke out the board games and asked the youth director if I could teach Chess to some of the kids.  They said I earned XP; experience points.  Level Up.

“Come follow me,” Jesus said, “and I will make you fishers of men.”  At once the left their nets and followed him.        Mark 1:17-18
-Jen Love
Tags: AC3, AC3 Blog, Allen Creek Community Church, Constructive Connections, FollowAC3, Morph, RELIC, Youth

From COVID TO Creed