Constructive Connections is a fiction series.  It’s the beginning tale of how each person is formed perfectly by God to enhance the narrative of life.  Constructive Connection reflects how each one of us is crafted by God to fulfill a purpose. By contributing unique talents to serve one another, a tower God called you to construct begins to form for His joy. 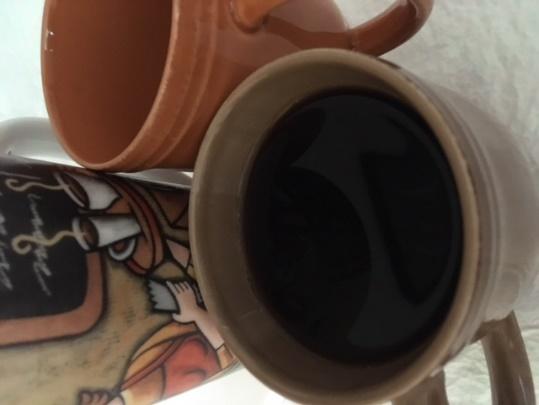 She sat there next to a black trash can.  Someone had already borrowed the opposite chair from her table.  Alone, hands folded, stringy grey hair strands flopped in front of one eye.  A preppy business man passed without smile or recognition she was even there.
“Mom, what’s that smmmmmmelllll?”  Rotten kid looked right at her.
I caught her eye.  Have to admit, I looked away.  Faked interest in what Doug was drinking.   “How much d’you spend on that cocktail?”
“It’s coffee, not alcohol,” Doug said defending his elaborate wordy drink.  “I know they might be expensive, but I like the flavor. Here-try it,” He pushed the plastic cup with 75% liquid, 25% whipped cream towards me.
“Tastes like sugar with a splash of coffee,” I told him, even though it was pretty good.  We were meeting so he could help me fill out an application for a summer job at Hubert’s “Hoarding” House Storage, where Doug worked.  (Doug corrected me, “Willy, it’s Hubert’s Holding House, not Hoarding!”)
“Next question: ‘List skills you performed on your last job,’” Doug asked, getting down to business.
I sat up a straighter.  “I’m in charge of choppin’ firewood to sell campers, pickin’ up trash, jumpin’ dead batteries, check-outs, directin’ people to the john; stuff like that.”  While liking my job, my pay just secured our trailer space. Dad couldn’t swing an ax and his people skills weren’t so good; chores fell to me. He handled the cash and got paid to sit in his camp chair.
Doug hadn’t been to our trailer before.  We knew each other for a long time but had become recent friends at spring youth camp.  I was still on a path with a heap of forgiveness stuff to get over and through.
Dad and I lived at the campground for 2 years; the first year in a tent.  Dad would do odd jobs around town, but nothing ever stuck. Winter tent camping in Washington is nothing but hard.  Rain, wind, frost, more rain…we found several uses for duct-tape, let me tell ya. The abandoned trailer Dad found was a blessing and soon after, he became the park manager.
That’s where I met Dell. She was a regular…Space #32.  Living in a motorcycle trailer with her loud brown cat, Liver, she kept to herself.  Each morning she’d build a campfire; her blue speckled coffee pot hung from a metal tripod. I’d walk by at 5:15 on weekday mornings on my 2 mile walk to school.  Gym was open at 6am to athletes. It was warm-smelled like sweaty teenager-but again-it was warm.
One morning I passed by Dell’s trailer, treading through an inch of snow.  She nodded and signaled me to come over. She poured a paper cup full of black coffee.
“For warmth on your journey,” is all she said.  She smiled and got back to prodding her fire with a rusty tent pole.
“Honestly man,” Doug brought me back to our conversation, “I don’t see you at Hubert’s.  Quite frankly, it’s boring! Just sitting around, waiting to let people in the gates,” Doug said with sincerity, setting down the pen.  “What do you think you want to do after graduation?”
I thought about his question.  Dial tone. All I knew was…get a job.  “Maybe I could work at a gym?” I said thinking the high school gym most likely would be closed to graduates.
“There’s that gym over on 4th;  I think I saw a hiring sign the other day,” he said.  “Can you work a register? Serve customers?”
“Na, they don’t teach that stuff at the trailer park,” I answered, folding my arms.
Then Doug’s eyes got huge.  “Church! They teach that stuff at church!”
I laughed.  Our church was cool, and there was a lot going on, but even I knew you didn’t get paid unless you were standing on stage giving a message…and I did not have a message.  “Yeah, right. I’m looking for a J.O.B.”
“Yeah, they DO!”  he said getting out his phone.  “I was just talking to Kay at the church espresso bar.  They need people to man the stand.”
“Pff,” I snorted.  Coffee; again with the fancy drinks!
“You could learn how to cashier, serve community, and you could learn how to make my favorite “Mocha Why Bother”:  Caffeine-free, sugar-free chocolate, and non-fat steamed milk with a dash of cinnamon!” He scrolled down his contacts, “I’m sending her number, you’ll remember her from youth group.  She’s been serving there for the past month and really likes it. She said they need people to learn the register and asked if I knew anybody who’d like to learn some job skills.” He looked real proud of himself and then added while shaking the ice in his cup, “And they have an espresso bar at the gym on 4th!”
Smiling back at his smug expression, I considered his advice; grateful for his friendship.
I looked over at Dell.  There she sat, three tables away, without a cup in front of her.  People passed by, judging dirty clothing, avoiding eye contact. Doug gave me a 3X5 few months prior with these words on it:
“Because judgement without mercy will be shown to anyone who has not been merciful.  Mercy triumphs over judgment.” James 2:13
I don’t know what was in Dell”s coffee that cold morning, but I had never tasted anything as rich.  I don’t think it was grounds that made the impression. It was that she shared, she served me.
Returning to the counter after Doug left, I bought another cup of coffee.  A tall, straight-up black cup of jo and set it in front of Dell. Bending low to give her a hug, she whispered, “Thank you Willard, for warming my journey.”
Written by Jennifer Love