Constructive Connections is a fiction series. It’s the beginning tale of how each person is formed perfectly by God to enhance the narrative of life. Constructive Connection reflects how each one of us is crafted by God to fulfill a purpose. By contributing unique talents to serve one another, a tower God called you to construct begins to form for His joy. 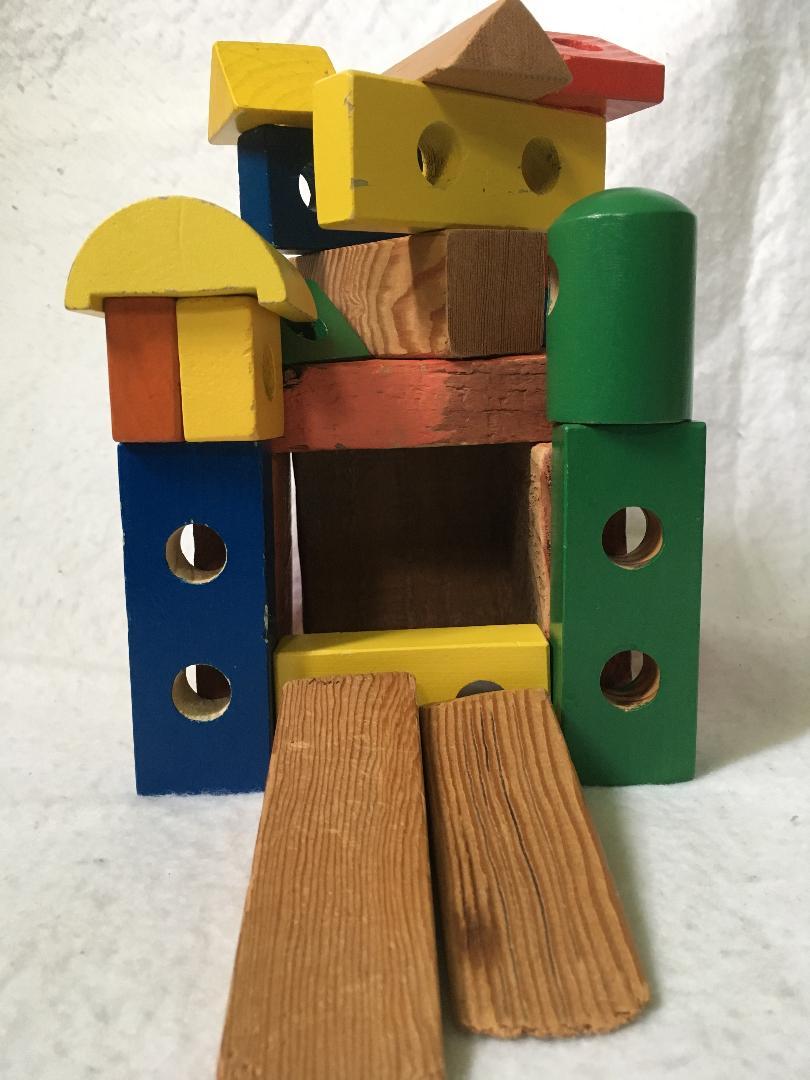 Red and blue wooden blocks are hurled through the air. BAM! They ricochet off the plastic bin and knock his juice to the carpet. At least he didn’t hit the cat this time.

Choosing not to engage in my son’s tantrum, I pick up a block and roll it between my fingertips. The scent of old wood, the feel of chipped paint; interesting where scent memory can take you. I was hurled into the middle of Sunday school when I was 7.

My folks dropped me off upstairs of our community church, as they did every Sunday. Upon entering the classroom, I zipped over to the blocks. Dumping the wooden contents, I began creating my world, my dream building; creating something out of nothing.

“God blessed you with a good imagination,” Miss Kim had said. It was the first time I heard something in my being, marking my heart with pride and ownership of “making”.

Soon another memory came into view with sharp contrast. Miss Kim asked me to work with Willy, only there was no working with that kid. He was mean. He was ornery. He was Willy my arch nemesis. “Doug, pick out blocks you want to use, then Willy can pick out the ones he needs. Make a plan, then begin to build,” she pointed to scripture scrawled on the whiteboard:

“For which of you, desiring to build a tower, doth not first sit down and count the cost, whether he have wherewith to complete it?” Luke 14:28.

Being a kid, scripture was just words. But this day, they were inspiration! I was going to build a tower! And it would take ALL the blocks. Unfortunately, Willy had similar blueprints.

Picking through, he was careful to sort the green blocks into a pile. Then he did the same with the yellow. The large tooth grin on his freckled face taunted me.

“Hey!” I yelled with indignation. “I was going to use those!”

“I’m building my house! I Neeeeeeed these!” He pleaded.

We ended up rolling each other over those blocks, regardless of color, shape or size. By the time volunteers pried us apart, a raised welt erupted on my cheek and Willy suffered a blue goose egg to the temple where I clocked him with a wooden wedge.

Years later at high school youth camp, we were paired again during a team-building exercise. The task was to scavenge items, then build shelter with nothing but an umbrella, bubblegum, blue tarp, 10 Starbucks straws, and pink duct tape.

Willy and I wandered in silence through the underbrush looking for additional found items to construct with. He swung his arm, hitting every leaf, every branch along his path. I witnessed him at school performing the same action; only freshmen and students of short stature were his low hanging branches.

“This is stupid. No one can do this dumb challenge,” he complained.

“Might be dumb, but we gotta get it done if we want dinner,” I reasoned. The youth leaders learned how to use food as currency; leveraging it to overcome teenage propensity to not play along with their creative challenges.

He picked up a log and looked back at me, “Hey Pug, is this a birch branch?” Pug, Puggy Pugster; all pet names he had given me over the years.

Whether it was the stillness of the woods or the absence of adults, or maybe it was God giving me the thumbs up, I gathered my courage. “My name…My REAL name is Doug. If you want to talk to me, USE it!” I yelled louder than expected.

Willy squared up to me. Standing a good 5 inches taller, drained was the courage I previously held. “Really? Doug is your name? It’s not Stupid, Nerd, Brain-Drain?”

Brain-Drain. His father’s nickname for Willy. Something inside broke. Washed in this weird feeling, I said something that did not sound like me at all. “How’s…how’s your dad doing?”

Willy took in a deep breath, eyes widened, face contorted, expletives unleashed, then turned with hands-on his hips. He looked around as if in a panic, yet he stood still. His eyes filled, nostrils flared; my “nemesis” then let his brick wall crumble. With each sob, my heart lurched within me. It was as if he couldn’t hold pain any longer.

After a while, Willy opened his life and told me everything that day. Youth leaders called us for dinner, but we said we’d join them for s’mores later. Just listening to him, being that ear to hear his struggle, brought me closer to understanding him but also to understanding how God had put us into each other’s lives for just such a reason.

When we eventually got up to go he said, “Remember that day I beat you up in Sunday School?”

Obviously, he had remembered it wrong, but I didn’t correct him. “Yeah,” I said with a slight grin.

“Dad and I lived in a tent that year. It was so cold. I was gonna build a house with those stupid blocks. Dumb, huh?” he said looking down, kicking at an exposed root.

“Guess you needed all those blocks after all,” was all I could say.

Watching my son, he only sees what is in front of him, not counting the cost; the cost of anger, the consequences of impulsivity. How can I help guide him? How could I have helped that 7-year-old kid who held a grudge for so many years against a boy who just wanted to provide shelter for him and his father?

I’ve thought a lot about serving my community, but where? My wife serves in kid’s programs. Teaching isn’t my thing, but she says it’s more about mentoring than teaching. What if I could be there to recognize the one who needed to be noticed, needed to be helped? They are there; hiding, or sometimes screaming, to be noticed. I think God’s divine gift is pairing us in each other’s lives to not just make a difference, but to point us to the One who makes ALL THE DIFFERENCE.