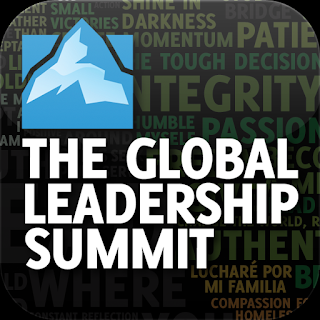 As you know, AC3 hosts the Willow Creek Association Leadership Summit every August.  And if you haven’t heard by now, the whole WCA (of which AC3 is a part) has been reeling since Bill Hybels was accused of sexually inappropriate gestures and overtures during his tenure as pastor and leader of the WCA.  He has denied the accusations, but has resigned from his all his roles at Willow.

This week, we received a couple of appeals for AC3 to suspend hosting the Summit in order to stand in solidarity with the victims of sexual abuse and the #metoo movement.  In case you have been wondering about that yourself, I thought I should show you one exchange I had which reveals our reasons for continuing to host the Summit this year, despite the scandal surrounding Bill Hybels.

Dear Pastor Rick,
I am the personal friend of one of the victims of sexual harassment by Bill Hybels at Willow Creek Community Church. I would gently request that you might consider pausing on hosting the Willow Creek Global Leadership Summit at Allen Creek Community Church later this summer, to show solidarity with the multiple victims at Willow Creek Community Church.
Christ Church of Oakbrook https://www.cc-ob.org/glsupdate and
Grace Church Indiana: https://www.youtube.com/watch?v=jNQLNs-6RS0have set a really beautiful example, as the leadership at both these megachurches have already withdrawn from hosting the Global Leadership Summit in solidarity with the victims.
Thank you so much for taking the time to consider my request

Thanks for the email and for voicing your request in this way.  I really appreciate the spirit of your appeal.

I have viewed both the sermon you posted below from Grace Church and the PSA from Christ Church.  There were very touching in places and I understand why those churches are deciding to Pause the Summit at their locations this year.  We’ve considered doing the same.  However, to this point, the elders have decided to continue to host the Summit.

The question before us, is whether a pause is required to advance the cause against sexual harassment in the world and in the church, or needed to express solidarity with the victims of sexual abuse overall, or those specifically involved with Bill.  I’m not certain there’s a direct correlation.  In fact, as I’ll mention below, I’m not sure all the victims would want us to make this boycott for their sake and the #metoo cause.

Of course, the Summit is deeply connected with Hybels.  Because of that deep connection between one man and the Event, any participation in the event will be seen by some as some kind of endorsement of that man and his alleged bad behavior.   To me, to suspend our participation on these grounds gives credence to a fallacy.  Namely, that the Summit and the movement that Willow spawned and the leadership passion and vision they’ve inspired is tied to that single man.

It’s not.  We never believed this, and to cancel our participation now, would seem to put the lie what we said we believed (the Summit isn’t about Hybels).   And it would be implicit agreement with the idea that if his name is besmirched then the Summit itself carries a black mark.  And finally it would suggest that all Christians of good conscience and who care for the sexually abused must now defect to look better in the eyes of those who are making what is essentially a false equivocation.

I’d rather live a little less pragmatically, for the sake of the optics of a thing, and more for the ideals of a thing.  And in this case the Summit ideal is about Leadership, and about the Local Church thriving and persevering and being well led.  The Summit ideal is also about inspiring this kind of passion, vision and leadership in women as well as men.  If we all pull out, that vision takes a huge hit.

I suspect the real effect of a defection from Summit sponsorship now will be twofold:  one, it will make those who pull out look like they really care about women and the #metoo movement, which I’m certain they do.  Two, it will serve to punish the WCA for what Bill did.

Regarding those two outcomes:  First, I’m not interested in punishing anyone, that’s not my business or my job, that’s God’s job.  Secondly, about showing people what we care about:  if people don’t already know that we, at AC3, care about women, and give them an equal seat at the table, and think that sexual abuse is bad, by anyone, but most especially by those in Christian leadership, then they simply don’t know us.

If our reputation goes down in the world or in the church because we continue to host the Summit, an event that has nothing to do with endorsement of sexual abuse… that’s a hit I guess we’ll have to endure.  Our reputation as a church has been built by what we’ve been about over a long run, and will not be radically affected by soundbites and guilt by association.  To those who would allow themselves to be so affected, we’ll be sorry about that, but they’re not thinking very deeply.

We have members at our church who also were close friends of one of the accusers in the Hybels scandal.  They are certain of her character and obviously are heartbroken for both their friend, and their former church (Willow) and for Hybels who affected them so positively for the many years they lived in Chicago.  And their friend, while wanting truth to out, and Hybels to be held accountable, would not wish for Willow or the mission of the WCA be devastated because of his sin.

I hope, as you implore churches to consider pausing the Summit to make a statement, you also consider that those not joining you are not necessarily disagreeing with the statement you want churches to make.