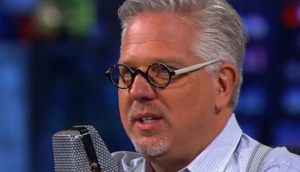 QUESTION:  I really enjoy watching Glenn Beck, and a while back he was talking about different faiths an he made a comment about how people probably don’t look at him as a real Christian because of his Mormon faith. He made a point in the middle of his political segment to point out that he personally was saved by the grace of Jesus Christ atoning for his personal sins.  Mormons do have different beliefs that most Christians don’t believe. But I have a hard time seeing a man who is by far a better man than I, and has asked Christ to come into his life and forgive him of his sins being a “non Christian” and I personally see him as being a part of God’s family.  I don’t understand why people believe him to be more wicked then them. Your thoughts.

ANSWER:  Your question is simple, are Mormons, Christians?  That’s not an easy question to answer, and I’ll dive into it below.  But first, it’s helpful to clarify the biblical definition of “Christian”.  You’re speaking directly to that definition, when you talk about being saved by the grace of Jesus Christ and faith in Him.
However, when dealing with Glenn in particular, you move quickly to discussing his moral achievements – several times in fact.  You say he’s “far better man than you” and that some think he can’t be a Christian because he’s “more wicked than them.”  When we discuss biblical Christianity, true Christians are those who are saved, not because of good works, or lack of wickedness on their part, but only through the merits of Jesus Christ.  (Acts 15:11)
This merit is imputed to the believer who by faith and repentance has welcomed this saving work, and as a result has been washed, forgiven, set free and filled with God’s Spirit to walk in newness of life. (Rom 3:21, 22)
So Glenn being a decent man is not really the issue.  We mustn’t judge Glenn’s salvation (or anyone else’s) based on his good works or lack thereof.  They may or may not be an indication of new birth.  A man may be unsaved, though he does many good works, and a man may be among the saved (a true Christian) even if he has done many bad works.  A man may even confess Christ verbally and not be saved (Matt 7:21-23).  Jesus said, on the day of Judgment, there will be surprises (Matt 21:28-32).
Now, some would like to make this simple and categorically deny that any Mormon can be a true Christian.  Why?  Because Mormons use the same words as Christians but often mean different things.  Who is Jesus to them?  And what is Salvation to them?  Some would immediately say that once you understand what a Mormon means by Jesus (not the Unique Son) and Salvation (not by grace alone), it settles the question – the Mormon is not saved.
I don’t think it’s that simple.
We all walk around with errors in our theological knowledge.  If I am mistaken on the exact formulation of the two natures of Jesus, am I worshiping the wrong God?  Am I lost?  If God is open to the future, but I believe in a fatalistic God behind the universe, am I lost?  I don’t think so.  This is not to say that what we believe doesn’t matter.  I’m saying that among the lot of us who don’t have all our beliefs correct (that’s 100%!), there are two categories:
There is the person whose untrue beliefs are a matter of ignorance that is gradually being dispelled on issues not central to his response to the offer of God’s grace.  In the other category are people whose untrue beliefs are a matter of deliberate suppression of the truth, or deceptions believed about very core Truths regarding himself or God that are needed for them to be reconciled.  The person in the former box is saved and the one in the latter is not, but neither have all their doctrine straight.
When in conflict with another human, for example, there are many things the two of us believe that may conflict but none of those things preclude us from reconciling.  Yet if we disagree on certain matters of the heart between us, or disagree about the severity of the offense, or on the standards that were violated, or on the right path forward, or if we disagree on purity of motives in the other, we cannot reconcile.
So, with two categories of people who hold false beliefs, we are not great judges of which category a heart may be in at any given moment. Especially when judging is dependent on words people have in their heads that may carry vastly different meanings.  God knows the heart and whether false beliefs constitute rejection of salvation or (like with Apollos) areas of ignorance in a true believer needing correction.
I know a fine Christian teacher and apologist who has worked with many Mormons who are sold out to the Jesus of the New Testament and who will say they are trusting in His Grace and His shed blood to be saved.  Now, if we really make them describe what they mean by all these things, some will go outside of biblical Christian teaching.  For many, their practical works-based program is a fundamental denial of the gospel of grace that we believe is at the center of what it means to be a true Christian (see Eph 2:7-10).
But for other devout Mormons, their day-to-day experiential walk with the Lord really lines up with Biblical Christianity – more than some Evangelicals would like to admit.  I don’t fully know what to do with that, but my tendency is to give their devotion to Jesus the benefit of the doubt. 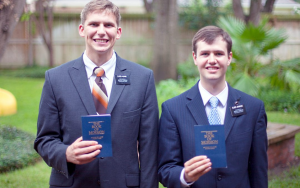 Now, this does not apply to all Latter Day Saints – my friend would say, in his experience, “only to a handful”.  Unfortunately, the Mormons I meet are explicitly trusting in their Church and their good works to prepare them for life as a divine being.  This is the official doctrine of the church, it’s polytheism, and it’s a serious diversion from the Christian faith and if believed, it’s no different than being a Muslim or any other kind of moralist.  This is not Christianity.
And this doesn’t begin to dive into the LDS stance on truth in general which I would describe as “elitist” and “closed to critical inquiry”.  Elitist because the official stance of Joseph Smith (his very first revelation) is that all other Christian sects are an abomination to God.  Closed to critical inquiry because they refuse to acknowledge how the central historical tenant of The Book of Mormon (that native Americans are actually emigrated Semites from the Ancient Near East) has been repeatedly refuted by sound and unbiased scholarship, putting all of Joseph Smith’s prophetic work in question.
So with regards to Glenn Beck, who knows where he might fall on all this.  His comments about trusting in the finished work of Jesus and his grace are encouraging.  We can give that the benefit of the doubt, because it’s God’s job to judge his heart.  We however, are called to break down proud arguments that set themselves up against the knowledge of God and part of that calling is to resist perversions of true faith that may look similar but are in reality way off.  And wouldn’t Satan want some of his diversions to look quite similar to the truth, to be the more powerful delusion? (2 Cor 11:14,15)  Of course.
So where a LD Saint explicitly says:  “I’m trusting in my tithing to the Temple and my good works and my church to save me, and by ‘save’ I mean, I will be a god someday and populate my own planet in the celestial heavens” we know we’re dealing with a non-Christian.  And as with all outsiders to faith, we should be ready to correct their misunderstandings with Truth and demonstrate in love the full freedom of the biblical Gospel.  Where a person says, “I’m saved by the atoning blood of Jesus Christ”, and you don’t know whether that’s a true-hearted commitment of faith in Jesus as revealed in the Scripture and the Creeds?  We can and should suspend judgment.
Tags: Book of Mormon, Cults, Glenn Beck, Joseph Smith, Mormon, Mormonism, True Christianity