Since 2008, I have been part of the Northumbria Community which can most simply be described as a new-monastic group: people from all over the world sharing a common set of values (a Rule for living) not unlike monks of old, but organized in ways that make living out the Rule possible for modern people.

For example, the old monastic rules were based on values like Chastity, Poverty and Obedience (to an Abbot or Abbess). This wouldn’t  work for married people with jobs who live thousands of miles away from each other. But there are transferable principles which we can live out. Things like the rhythm of daily prayer, practicing hospitality, being available and vulnerable to God and our neighbors, studying the scriptures, etc. Living this way in the Northumbria Community has become a pillar supporting my spiritual life.

That may sound “traitorous” coming from a senior leader at a church. “Aren’t you supposed to get ALL your spiritual/relational/emotional needs met by your church?”, you might ask.

Maybe so… But this begs the question, “What IS the church?

Rick and I will be posting a series of video blogs RIGHT HERE, to hopefully start a discussion around this very question.

My early contribution to the dialogue is this quick story about friendship:

Because the Northumbria Community is a “dispersed” community with members all over the world but “headquartered” in N.E. England…there are not many other members near me. In fact, Spokane is home to my closest Companion in the “NC”. Rod Cosgrove and I met BECAUSE of the NC. We had both visited Nether Springs (the Mother House in England) separately, and the folks there (knowing we both lived in Washington) got us connected. That was 2012 and Rod and I struck up a fast friendship. We have too many common bonds to list here, but suffice to say they are many…not just living the Rule for Life.

As Companions in the NC, we are asked to re-evaluate our commitment to the Community each year (re-take a vow to live by the Rule). Not unlike membership at AC3, this is a once-a-year-reminder and review opportunity to examine how God is calling us to live. Traditionally, Easter is the time of year we re-state vows, but being that both Rod and I work for churches and that the next closest Companion is in St. Paul Minnesota – getting together with others on Easter to take our vows is a non-starter.

But this year creativity struck, and Rod and I decided that we COULD meet on Good Friday at the half way point between Marysville and Spokane (Vantage).

Rod brought copies of the vow ceremony and I brought the components of a cross (made from bamboo and hemp twine: biodegradable) and we made a short hike on to the high banks of the Columbia River.

We hiked back down and spent some time catching up on family news, talking about what God was doing in our lives, laughing and story-telling; we grabbed a greasy-burger for lunch, then said our goodbyes, driving onto opposite on-ramps of I-90.

It was impressed on me that this time with Rod did not COST Allen Creek Community Church anything. It contributed. I came away feeling inspired, cared for, motivated, less weary and more assured that God is at work in our world. I was a better “Dan” when I got back home. I believe Rod would say he was a better “Rod” for his church and family too.

So, if God was glorified, if we grew as disciples and we were inspired to engage in Gospel service with new energy and vision…how was this NOT church? 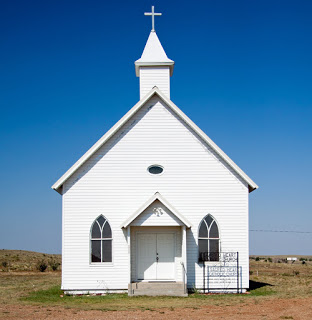 My answer is: Mission.

Being inspired to serve is one thing. Serving is another. Rod would agree with me that our local congregations (the places where we meet weekly with a group of others) is critical as the place where every follower of Jesus is given a platform to ACT upon inspiration as well and not just receive it. While on some days it would be tempting to think that my “church” life consisted of getting together with a few hand-picked friends in a beautiful outdoor setting where we laugh and pray, worship and study…that is simply not the whole picture.

Part of what makes church “Church” is mission: reaching out to no-believers in real and honest ways with the Good News. As good as friendships can get – it’s still not enough to be “Church”.

Who’s Who at AC3–Scott Taylor