How To Defeat Loneliness

In Four… Five Easy Points (okay, five and a half) 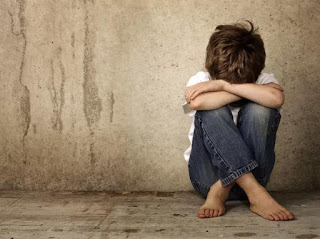 As an elder of AC3, I get to participate in guiding and planning the direction of our annual church retreat – Vision Cast. This year, one of the key concepts we wish to focus on is community. It also ended up becoming the focus topic for our study group – Lion Tracks – and without my apparent input even (funny how that happens). So over the last couple of months I’ve been doing some reading and thinking on community. I have been sampling ideas from both Christian and “other” writers in an attempt to work from a broad pool of ideas for my own study and edification.

One of the key problems in our world, I’ve discovered, is loneliness. In the last 20-30 years, the number of people in our society who feel they have someone they can turn to and trust to be a friend in difficult times has plummeted by a shocking percentage. We have more superficial connections to others than we ever had, but the consequence seems to be a decrease significant connections. Loneliness, the books say, is a killer. One author said it’s ability to shorten our life spans here on earth was roughly equivalent  to smoking half a pack of cigarettes a day!  Others claim loneliness may soon be the Next Great Epidemic.

Loneliness must be defeated!

Around here at AC3, we certainly have an increasing emphasis on compassion ministries – feeding the hungry, taking in the lost children, helping people get back on their feet. I would like to see us collectively take on a compassion ministry to defeat Loneliness.

It’s not a requirement for salvation, you know, to help those who are in need, but rather, it is merely the result of receiving the love of God – so great is the incoming flood, it must over-run the banks and spill out into our world. I believe this. I also believe that we are, at the same time, captives in the foreign land of our culture and just as susceptible to loneliness as the one estranged from God.

I myself have always felt like a misfit. I learned early on to believe I didn’t belong despite any evidence to the contrary. I know also that I am not alone in feeling alone. If you were to ask me, however, if I suffered from loneliness – I would be just a bit offended and insist that I was most certainly not lonely. We are complicated creatures it seems. I would probably be able to say “I am hungry and need some food”, but never would you catch me saying “I am lonely and need a friend”. No way. Some people might, but my impression is that number is very small.

So how do we defeat loneliness? Since we rarely admit our own loneliness, and dare not confront the loneliness in another, it seems so much easier to just ignore the whole ugly plight. Am I right?

Well, while I don’t have a certifiable foolproof answer for you – I have discovered some possible hints.

First of all, we need to assume the need exists in everyone. We know everyone needs things like air, food and water – and certainly some have more resources than others – but we can easily assume everyone has the need for others as well. Also – the actual degree of need for community and trustful friendship is likely to vary from person to person, but no one is an island – some somebody once said.

Secondly… you would do well to assume that you yourself are included in the “everyone” of point one – and that you do in fact need a trusted circle of friendship – even if you don’t feel it. Perhaps it is especially true when you don’t feel it. It is almost a hunger in reverse sometimes – a hunger that causes you to starve yourself to death. The greater our loneliness, sometimes, the greater the pull towards isolation from others. I don’t know why this is, but it seems to be a common experience. Again, we are complicated creatures…

Thirdly… do not try, whatever you do, to make direct eye contact with loneliness. You have to sort of just watch it out of the corner of your eye – especially your own loneliness. The best way to defeat your own loneliness is to go attack it in others. Even then, however, you must deploy a strategy – you cannot just walk up to someone and say “I’m going to fix your loneliness for you!”. Chances are quite good that you would get the same reaction from them that you would get from me – and you will not walk away unscathed…

Fourthly… (and even I am begining to wonder how many points I have here…) Be wary of trying to “get in” to some or another circle of community. C.S. Lewis delivered a lecture on this dangers of trying to gain acceptance into the “inner ring” of some clik or circle. He warned that this desire to be accepted in a popular group is liable to make a scoundrel out of you – his words, not mine. Besides, he says, the very charm that entices you while are on the outside of that coveted group, vanishes the instant you are on the “inside”.  This forces you to go looking for another circle to charm you.

His advice is quite clear…
Find something you enjoy doing.
Do it often.
Invite others to enjoy with you.

We attack loneliness most effectively, and most enjoyable, through shared interests and shared values. Don’t wait for someone else to build the right environment for you – build your own and share it.

I guess I have two more points to raise, and they are closely related so maybe we will just say Fifthly…
This point I discovered early on in my Christian training… and that is a truth about sin. Once I accepted that I was one who committed this thing called sin, I soon realized that if the gospel was for me, then surely it was for everyone, then it followed quite plainly that everyone sinned. That meant that getting close to anyone was going to be risky. More than risky… it seemed I was guaranteed to “get some on me” if I was doing community the right way. I became confident that I would be hurt by the sin of others, and I would have to find a way to deal with that appropriately. Walking away from community was just not going to be an option. Obviously, if some person has intent to maliciously victimize me in one way or another, it is reasonable that I should distance myself from that person. But just because someone is not intent on hurting me, or even truly intends to be a close trustworthy friend, does not mean I won’t get bumped and bruised by them occasionally.

Bob Marley once said “The truth is everyone is going to hurt you. You just gotta find the ones that are worth it.”

And that raises the other half of this point… who is “worth it”?
Our primary shared value is the love of Christ… don’t forget that, whatever you do. You must learn to see this thing in forwards and in reverse. I share life with others who love Christ and seek to follow Him. I also share life with others who are loved by Christ and are being sought by Him. Value and worth come from no other source – I promise you this is truth – even if I am struggling to communicate it fully. Our culture values wealth and good skin and strong manners and a hundred other things. You are being trained, perhaps unknowingly, by our culture to value the things it values – because that is what culture ultimately does. Beware of cementing your approach to evaluating other people based on anything other than the love of Christ.

So here is a hasty summary for you…
If you are going to defeat loneliness in yourself, you are going to have to first defeat it in others. If you would do that, you must see them as your Christ sees them. Destroy anothers loneliness and your own will surely flee the battlefield – tail between it’s legs-like.