It’s not unusual to finish a sermon and feel like you didn’t get to say everything you wanted, or at least feel like you didn’t say it right. Last weekend was no exception for me. I preached on the topic of Humility; how it is the antidote to a culture which espouses control and power as the way to happiness.

I tried to convey the insidious, wide-spread nature of control and arrogance in today’s world but I didn’t feel like I caught it just right; I “topped” the ball; it was just a little “out of tune”; it needed a “little more salt”…

But this morning as I walked to work it hit me – well, ALMOST hit me. 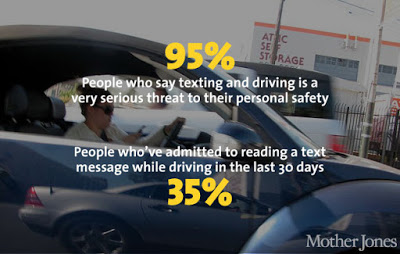 My commute covers 2.5 miles along Grove Street (a busy thoroughfare in Marysville). As I contemplated my failure to convey the danger of self-importance last weekend, I began counting the number of drivers passing me who were texting (or otherwise engaged with a “device”). I was surprised and troubled when the number passed 10. I was really bothered when on at least three occasions, the drivers were weaving well into the bike lanes that I often occupy on the days I don’t walk, and two of these incidents happened inside a school zone while elementary school students were arriving for class.

It’s worth noting that texting and driving is illegal in Washington State – but these drivers (some of them behind the wheel of mini-vans with kids on board) did not believe the law applied to them.

This is a razor sharp example of the lack of humility we have come to expect as normal in society and the illustration I wish I had used last weekend.

I do not believe for a minute that a person who caused a fatal accident while texting and driving MEANT to do so. In fact, we often rhetorically ask, “What were they THINKING!?”

The fact is, they were probably not thinking at all, or at least something like:

“I’m a really good driver – this law is for people who can’t drive”
“Just this once.”
“It could never happen to me.”
‘I’ll be extra careful.”
“I can handle it.”

The irony: These are exactly the same thoughts of the people who didn’t kill anyone on Grove Street this morning.

Exact same thought process. Exact same behavior. Just no fatalities today. Why the different outcomes? I don’t know – but it wasn’t a difference in the arrogance of the drivers.

The neglectful death of another human being begins with hubris like this. This “the rules don’t apply to me” thinking has lead to everything from grocery stores having to pay someone to return lazy patron’s shopping carts, to children dying of neglect and abuse at the hands of petulant parents.

Humility reminds us that we are not immune. We are unique, and God has a unique purpose for each of us – but we are in fact not “special” and in charge of creating our own destiny. You can’t be anything you want to be (including a better driver than you actually are) and you are not in control…

…ask the bicyclist in the hospital.

E-Groups with a Mission!

Tired of the Tour Bus?