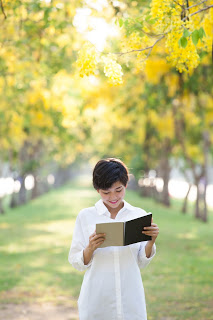 Everyone’s got a story.  No, not every story captures our heart, but that person’s story matters to them.  What’s your story?  Do you really think about it much?  Oftentimes our story just gets buried because maybe it doesn’t mean that much anymore.  If you’re a follower of Christ, you’ve got a great story.  At one point, that story defined your whole existence.  It was a critical occurrence in your life and it was the point at which the Bible says “the angels in heaven rejoiced” (Luke 15) because God intervened in your story.

Let me ask you another question (as if I haven’t already put you on the spot). Who were the key players in your story?  Yes, we understand that Christ is the center-point, but who were the people He used to help craft this story?  It’s important to remember that throughout history (or His-story) He’s used some pretty difficult trials and people to bring about a redemptive story.  As we look into our past sometimes we think that it’s only the good people that helped shape our story.  But in fact God uses even those who hate Him to draw people to Himself.  Think about the role of Pharoh, Nebuchadnezzar, Judas and even Pontus Pilot.  And on the other side, there’s great people of faith like Esther, Daniel, Peter and even a wretched and wonderful man named Paul.  In our lives we have the good and the bad and this I know for certain:  God’s used them to draw us to Himself.
People know that I love the greeter ministry and it’s really all about the story.  When I was in the midst of my trials, God was crafting a story I knew nothing about.  As I hesitantly sought Him and began to attend church I met a lot of really great people.  Most didn’t know my story, but one thing became apparent and it’s that they knew God was shaping my story.  You see, the church I came to Christ in was one that recognized that Jesus is working in every person’s life (John 5:17) and drawing them to Himself.  They, like many of you at AC3, realize that when a person comes through the doors for the first time, that it is God who’s drawing them and writing a wonderful story.  This weekend He’ll do it again.  Then again next week, and the following week and every week after that.  His work is not finished and for that reason our work continues.  He calls us ambassadors (1 Corinthians 5:20) not because we’re perfect but because we represent Him.  What a privilege it is to serve Him and be a part of His-story for others.  Next time you see an unfamiliar face, will you be a part of their story?  Though you may never know the full impact, I can assure you that God will.
Tags: AC3, AC3 Blog, AC3Blog, Allen Creek Community Church, FollowAC3, His Story, Story