Took this picture when I went back to my home town last week.

How many scenes just like this have I seen in my lifetime? Wind blowing through fields of grain, big sky and a ribbon of dirt road that stretches off and disappears into the horizon. My home town.  Morden, Manitoba, Canada.

The longer I live, the more I’d like to go back there. To that sleepy town where nothing happens, where you travel just outside of town and there’s nothing but dirt roads for miles and miles…

Yet ironically now I regret so much of what I was and what I aspired to while I was actually in that town. I didn’t belong there. I didn’t deserve to belong there. I thought Morden wasn’t worthy of me, but in truth, I wasn’t worthy of it. Everything I wanted Morden to be, it should never be and it thankfully never became. And all the things I was embarrassed about in my home town, are it’s greatest strengths.

And mostly, I wanted the main dirt roads outside of town to be paved. Only the old “1-6” was paved – and that poorly!  To my way of thinking, the more pavement, the more we had “arrived.” 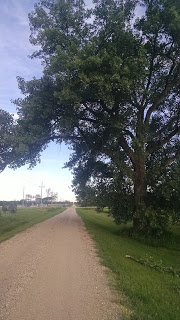 I wanted to see more new housing, more businesses, more schools. Some of it came but then went just as quickly; Tupperware(c) set up shop, then closed leaving a behemoth warehouse behind that’s never been properly used since. It still sits there, this gigantic eyesore just outside of town, like a pair of grownup trousers hanging over the end of the bed of a 5 year old – it doesn’t fit, it never did.

And so Morden never “arrived”… and now I say, thank God. It never arrived because that wasn’t it’s destination. It’s charm, it’s place in this world is to be small. And to have dirt roads that never get paved. To have a quaint little downtown core that never bustles with 10’s of thousands of angry shoppers.

Instead, to have pickup trucks that stop in the middle of main street as they cross, farmers exchanging news, chuckles. To have everyone know everyone else. To have the pace be slower, to have progress be minimal; to have technological innovations and blockbuster movies come later; to have the standard of living be lower; to have the schools with less programs, smaller stadiums, fewer events; to have cars that get scratched and dirtied and rusted out faster on those salted, gravely, dirt roads. 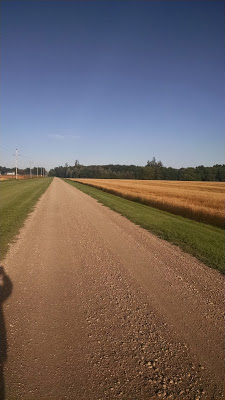 All of this I was embarrassed about in my home town. And I set out in life, in no small part, to get away from all that. To live in a place that would meet my expectations for “progress”. Only paved roads. Driven on by late model cars that don’t rust or get scratched by flying rocks from grain trucks or tractors. Big schools, loads of industry, fancy shopping.

I was made in a small town and I despised it. Like in some cruel and ironic twist of fate, the souls of babies got mixed up and mine got plopped down in rural Manitoba when I was supposed to be born in a big, progressive town, a center of commerce and activity. A Manhattan baby born to a farmer in Kane, Manitoba, Canada, population 25 (that was before they moved to the relative megalopolis of Morden!).

I’m totally out of place. Coming into my world with a sneer and a look down the nose at everything and everyone around me. Arrogant, pompous, and determined above all else to leave this place after I realized late in my adolescence that Morden was never going to be modern. To get that, I was going to have to leave. So leave I did.

And now I have it all! I have the late model cars that I park in an actual garage, and they only drive on paved roads that are bustling and constantly improving for traffic flow; large webs of concrete going from tidy, but growing suburbs, to modern big box shopping centers where the latest and greatest shiny new stuff can be bought with money made from upscale jobs, and growth of industry in the latest and greatest technology in airplanes and computers.

Pickups never stop in these streets because they’d surely be rear-ended if they did. And the only dirt roads my cars see are on carefully planned outings into the woods for momentary reprieves from modern, progressive life. But I don’t know the names of my neighbors. I now live closer to my nearest neighbors, by a (literal) mile.  However, my knowledge of my neighbors, my level of friendship with them, the amount of times I visit them or work with them to help them or they help me with some project, is exactly inversely proportional to the physical distance between us, compared to when I was on the farm.

It’s been about 27 years now. Since I left dirt roads behind me and got on a fancy interstate to find a place that matched how “progressive” I was… to find a place that could contain my aspirations because clearly this place I was born in had none. But now I’m questioning all that. I wanted an ill fitting yoke for my home town, one that I’m thankful to know it has never succeeded in carrying. Though it has tried. It did get that McDonalds. And another couple schools. (Though still only the one old High School, MCI, erected in 1964). 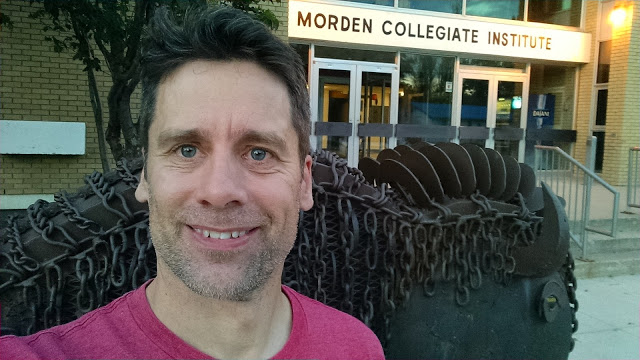 And it did get a swanky new hospital. And a twin lane highway to Winkler. But mostly it’s still just dirt roads. 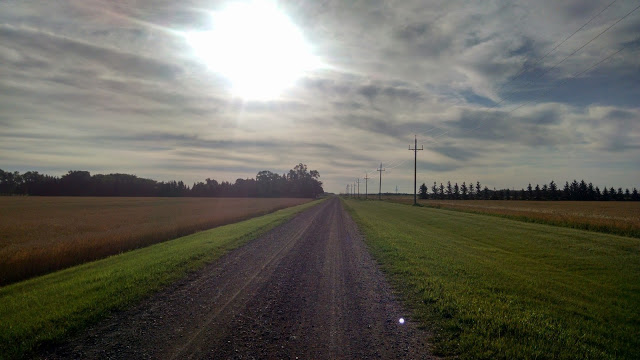 And that’s what it should be. To remind us that progress isn’t always progressive. And that in progressing we often lose some very important things along the way. Like how to be human. How to love our neighbor. How to know and be known.

A Christian pastor never had to teach his flock of farmers about “small groups”. What a laugh. The farmer would teach the pastor all he could handle about everything a small group was designed for: leaning on each other, barn raising with neighbors, sharing life, caring for the elderly, raising kids in a “village” and sharing our stuff. Small groups in big city churches are (among other things) like remedial lessons in how to bring a bit of farm into the city.

So that’s my life now. I moved to the progressive city, and I find my mission is to bring to the city the taste and the discipline of Christian community. And for this task, I was given an upbringing in Morden to assist me. Somewhere in the archives of my mind and experiences are most of the tools and examples I’d need to build what Jesus had in mind when he invented the church.

Unfortunately, I don’t think I can go back. My wife tells me I’ve probably idealized it now beyond all reason. It had it’s own problems to be sure: Gossip, relationships between earthy farmers could remain quite shallow, and judgmentalism for those that don’t “fit” and other issues endemic to small town life. But now I overlook those problems and pine for a return… because in seeking to get out of that constricting small town life, I’ve run into all the problems that I was never warned about in big town life.

Oh, yes, some of it was as advertised. My cars don’t rust. My stuff is new and shiny longer, less dust on everything. I have what I want, when I want it mostly. I don’t get snowed in, and paved roads don’t wash out in spring like dirt roads sometimes do. But then, there’s the sense of isolation. The speed of life. The fatigue. The focus on self. I’m tired of being tired. I’m tired of feeling alone surrounded by a million people all the time. I’m tired of living for me. I’d like to have a porch where I sip a coke and read a book every night after a hard day’s work. And where I’m not too selfish or too busy or too tired to shout over the fence a “hello” to my neighbor and take him into my heart a bit (and why do I have a fence anyway?) and share my life.

Before I die, I’d like this to change. But it’s not about moving back to Morden. It’s about letting all that was right in that, seep deep into me now and come out in intentional, communal living, that bucks the speed and the isolation of big town life. If I retreat to the farm, who will tend to the flock of burned out city slickers who do not know how to do life together?

It’s my job to shepherd them into this new kind of life, built on the Savior’s ministry – it was not invented on a farm, or in Morden. In fact, truth be told, it was first seen in this world in a big city! In Jerusalem, where the church first sprang into being. There, in the big city, a new kind of selflessness, a new kind of access to each other, a new kind of sharing, a new kind of caring, a new kind of purpose and community came to earth, as if transplanted –not from Morden, God forbid – but from heaven itself.

Lord, transplant it here in my life in the community I’m trying to lead. Amen.

Lessons from a Monk Bonus Resources – 2