I’ve been confronted with a spate of selfish acts recently. I don’t mean the low-impact stuff that all of us are guilty of from time to time like knowingly leaving dirty dishes in the sink for someone else to clean up or accelerating just a liiiittle bit so the guy trying to merge onto the freeway has to get behind you…

Neither do I mean self-interest – those acts which wisdom dictates in order to preserve your life or enjoy it fully like keeping a retirement fund, or taking a vacation for examples.

I’m talking about acts which exact a serious cost from someone else solely for the perpetrator’s benefit; acts like lying, theft, adultery, assault/abuse and abandonment.

Frankly, I’m struggling with being angry about this stuff. 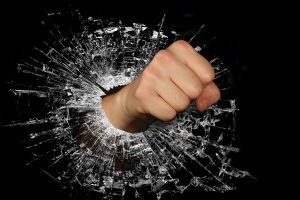 There is a certain, appropriate place for anger when selfishness occurs. Jesus expressed this kind of Holy Anger several times: when confronted with the Pharisee’s harsh hypocrisy (Matthew 23), and of course everyone knows of Jesus response to money changers in the Temple (John 2). There are other, even more subtle and intriguing examples – but being angry is not the topic I wish to discuss – it’s what God revealed as I struggled with my anger:

When we engage in selfish acts, we always have a reason for it which we offer up to explain why it’s either A) not REALLY selfish, just misunderstood, or B) maybe it is selfish, but there is an important reason why it is okay for us to do it – an excuse to be selfish.  These are the two categories of Justification.  But recently I have been confronted by selfish acts for which the person has offered NO justification.

They simply state that they are going to do “this thing” because they want to, they know that it is selfish, they know the cost to others, and well…that’s it.

Looking back, God showed me I had two responses in quick succession:

First, I was dumbfounded.

“People ALWAYS try to justify their behaviors!”, I said to MySelf, “What’s going on here?! Why don’t they try to explain themselves?! Don’t these people care?”

What a stupid question, MySelf…of course they don’t care or we wouldn’t be having this conversation…I mean they  are being SEL-FISH, right? Geesh.

Second – I got angry. The lack of even an attempt at justification reveals a selfishness that has gone beyond the reach of even the most basic regard for other people. A depth of selfishness that resides at the center of the Realm of Evil. Evil makes me angry.

Now, some might say, “Not offering up excuses is a good thing, isn’t it? At least they’re being honest.”

Being honest is not supposed to be a virtue for which anyone gets credit. No one gets points for NOT lying. Truth telling is a given. Giving credit for “at least being honest” is like receiving a pay-check for NOT robbing banks.

No – This “honesty”, this lack of even tortured justifications or lame excuses uncovers a nearly sociopathic worldview that is downright evil… (sociopath: “one who lacks a sense of moral responsibility or social conscience.”

Actually, I should thank the “honest” selfish people because they laid bare for me the fact  that there are only three ways to carry out any truly selfish act.

Cruelly: The perpetrator makes a conscious, deliberate effort to cause pain in others in order to enhance their own experience. An example of this would be the spouse who abandons their family and refuses to provide financial support, harasses their “ex”, spreads rumors, name calls or even engages in physical violence. “You are worthless.” is the message they send.

Cowardly: The perpetrator either refuses to, or feels incapable of facing the consequences of their selfish act, and so they run, hide, deflect or all three. An example of this would be the drug addict or alcoholic who drains their family financially, emotionally and relationally while casting blame on them; disappearing for days, months or even years, returning only when in need. “I’m not responsible for this.” is the coward’s message.

Callously: This is the best possible means of carrying out a selfish act because it is the most simple. The perpetrator neither “piles on” cruelty, nor completely avoids responsibility: they simply build a barrier, a callous if you will, between their needs/desires, and the needs/desires of everyone else. Not surprisingly, their needs/desires take precedence. It is a simple, un-adorned act that says clearly to everyone else: “I matter more than you do.” It’s the core message of all selfish acts. And perhaps this does make the Callous ones stand apart from the other two…because:

“at least they are being honest”.

So what’s my point? I guess I’m encouraging each of us to pause in that briefest of moments just before uttering the words, “At least I’m being honest…” and consider the idea that perhaps we are really justifying the callous, cruel or cowardly thing we have just done…

What if hurry is killing us?