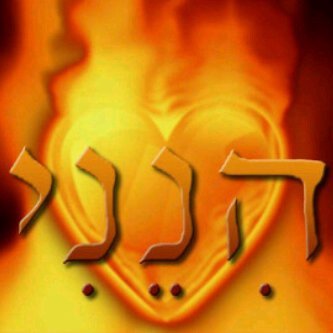 The Bible teaches, “What sorrow for those who say that evil is good and good is evil, that dark is light and light is dark, that bitter is sweet and sweet is bitter.”

I’m increasingly reminded of this as I look at our world, from the micro to the macro, from global, to local:

At this point, let me state, without qualification, that I do not believe a person is defined by any one act they commit, whether good or evil. Yet “persons” commit evil acts all the time, and these acts are sourced withinthat person.

I believe there are two primary reasons we feel compelled to “call evil good”.

First, we are being altogether robbed of the category “Evil” by an increasingly subjective culture. In a world where the highest value is “tolerance” and truth is relative, declaring any act evil will inevitably result in someone feeling that their “truth” is being attacked and the critic will be instantly labeled “hater”, “bigot” or worse. Just review the list above and then:

“Pick a side, people: Do you hate Black People or do you hate the Police?”

Those are your options.

If, like me, you reject being forced into one of those two categories, then you must consider the idea that a category called “Evil” should be re-established, and violent criminals as well as brutal police officers should be placed in it.

Having “evil” removed as a category is like being asked to carry 50 gallons of water…but without a bucket. There’s just no place to put it.

The second reason is that we confuse “Fault” and “Responsibility”.

Jesus told the story of a man who was mugged and left for dead. 2 prominent citizens came upon the wounded man, but did nothing. A third man, an outsider, stopped and did everything he could to see to the man’s needs.

The story does not explicitly reveal the motives of any of the 3 men. There are some hints, but we are left to fill in the blanks.

Among other more subtle motives, I believe the core motive for the first 2 men ignoring their neighbor is they did not believe they were “responsible”.

“I did not mug this man. “It’s not my responsibility.” Wrong.

What they should have thought is: “This is not my fault. But I am now responsible.”

None of the three men had committed the evil act. It wasn’t their fault. But when they came upon the results of evil – it became their responsibility to act.

No – it’s not your fault that the planet’s climate is changing. But it is your responsibilityto stop driving that gas-hog SUV, start living within your means and maybe grow some of your own food.

No – It’s not your fault that women are routinely subjected to all kinds of sexual assault, but it is your responsibility to hold yourself, your neighbors and your community accountable to fight against it.

No – it’s not your fault that the cafeteria at Marysville Pilchuck High School is no longer suitable for use after the murders which occurred there. But it is the responsibilityof the tax-payers in this school district to pay for having it changed…

We need to be reminded that when we call that act evil, we are not holding at fault the parents, the Tribe, “society”, “culture” or the “system”.

Yes – each is now responsible to bear a part of the load. We can’t just pass by it because it’s not our fault.

Please pray for the parents of the child who did this, who, apart from the parents of the victims, have a responsibility to bear for a lifetime that is un-imaginable. But in extending them compassion; in avoiding laying fault at their feet, let us not call evil good.

In the Hebrew language, there is a single word which literally means “Here I am”. Scholars agree that while this translation is accurate, it does not contain all the nuances of the word; nuances like, “Here I am…I’m listening.” or “Yes, I’m here and I’m ready.” And I would venture to say “Here I am. I will be responsible for whatever comes next.”

This single word was Abram’s response to God when he called.

This single word was Moses’ response, and Elijah’s when God called to them as well.

“Yes, Lord? I’m here. I’m listening, and I’m ready to carry out your will. Whatever waits around the corner, whether great beauty, or great evil, I will be responsible to respond to it as you direct.”

He is with us…